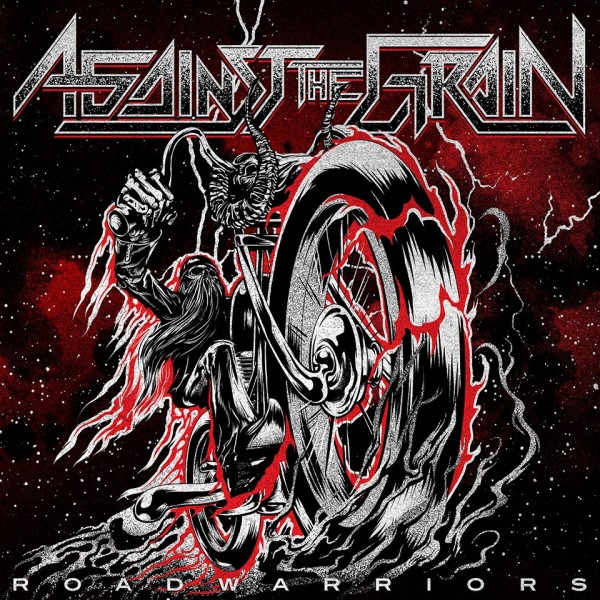 Against The Grain will release new record “Road Warriors” at the end of July via Self Destructo Records.

There are 12 songs on LP/CD out July 31st that feature their trademark sound of harsh and frantic vocals, Thin Lizzy inspired dual guitar harmonies and leads, Motorhead-like groove and break neck speed.  This album blends all the elements that made up their previous work in Motor City Speedrock and Surrounded By Snakes and will not disappoint the faithful.

Recorded in Mt. Clemens, MI at Train-A Comin’ Studios by their secret weapon named Bryan Griffin and mixed by renowned engineer/musician Joel Grind (Toxic Holocaust) with mastering done by Brad Boatright (From Ashes Rise) at Audiosiege in Portland, OR.  The artwork for Road Warriors done by Casey Howard (High on Fire, Mastodon, The Mars Volta).

Against The Grain have also announced a tour with one of the heaviest bands to ever come out of Middle America and they’re called Beast In The Field, the two will be embarking on the By Way Of North tour towards the end of April.