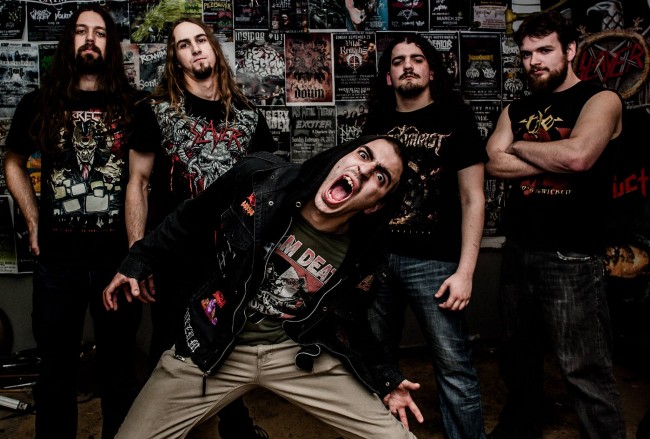 Professionally shot footage of ACCURSED SPAWN performing Clotheshanger Abortion has been posted following their recent performance at the Montreal edition of Parkinson Metal. The track is from the band’s second EP Putrid, which can be purchased from the group’s Big Carteland Bandcamp pages, as well as through CDN Records.

The video was filmed and edited by Dr. Lights Productions.

Accused Spawn is currently working on their debut full-length, and will be performing at the following dates as part of the Summer 2015 Burned into Sterili-tour: 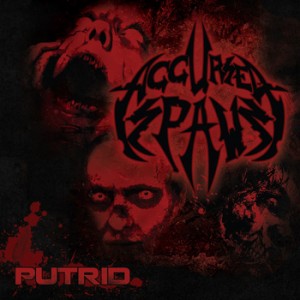 Bio: Accursed Spawn was formed in Ottawa in 2010 with one mission: turn raw aggression into music. The band mixes influences from old and new forms of extreme metal, resulting to date in a renown energetic live show, and a handful of recorded songs.

The band’s most recent release, 2014’s Putrid, shows another step in the Accursed Spawn’s ability to hone in on their chops and assault listeners with a wall of pounding drums, thundering vocals and wailing guitars.