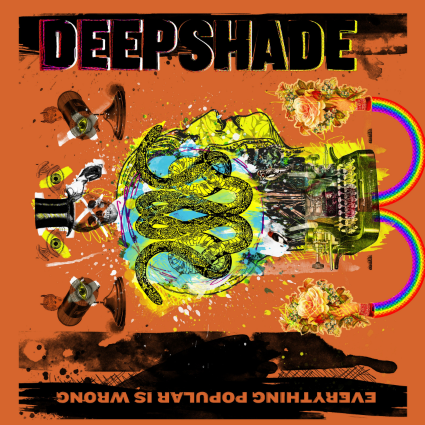 Compared with everyone from Led Zep to Nirvana, just don’t call Deepshade popular

Hailing from Wigan in the North West of England, Deepshade are quickly making new friends with their formidable grungy alternative-rock sound that takes from the fundamental elements of Nirvana, Queens Of The Stone Age, and Alice In Chains, as well as incorporating The Doors and even Beck. The UK noise beasts are poised to nationally release their debut album ‘Everything Popular is Wrong’, which is out Friday 25thSeptember through all stores.

Formed in late 2013 by David Rybka (vocals/guitar), Tom Doherty (bass) and Paul Barlow (drums), the eclectic trio aspire to create a genuinely sonic experience that delivers something fresh to the British music scene. With an established loyal following throughout the North, cultivated by a flurry of explosive live shows, Deepshade have also gained airplay support from BBC Introducing and a plethora of alternative radio stations within the UK, EU and USA. In spite of being together for just short of eighteen months, the threesome have also been recognised by the broadsheet publication “The Guardian” as one of the ‘Hot Top Ten Unsigned British Bands To Check Out’.

Deepshade now stride forward with their debut album “Everything Popular is Wrong”, recorded with producer John Kettle (Merry Hell, Moko, Tansads) and mastered by Fran Ashcroft (Spin Jupiter Spin, Gorillaz). The record is a call to arms for anyone who is absorbed by gritty rock akin to Kyuss and Led Zeppelin. Boasting ten colossal tracks, the album has some stellar highlights, from the opening snaring riff attack of ‘Time’, to the Nirvana/QOTSA-esque guile of ‘Lowlights’, through to the infectious angular assault of ‘Sad Sun’. With festival appearances and tours in the works, Deepshade are ready to take over. 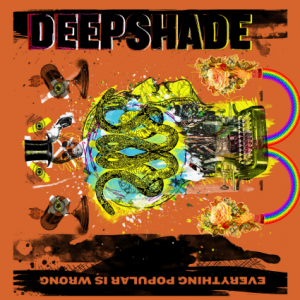