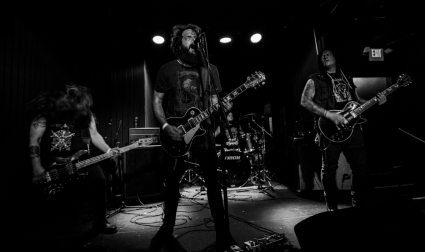 Extreme metallers have waited their whole career for this…..
The new album from black metal’s most unpredictable band is the album founder Sorceron was meant to write.  Corrosive and grim, it may quickly be viewed as the band’s best effort since their genesis in Los Angeles in 2004.  Taking nearly three years to write and record, The Accuser  is an evocative album that uses the three hundred year old story from which the band and album take their name to its lyrical core.  It is bleak, dark, and absolutely entertaining.
Featuring artwork by Portland-based illustrator Stevie Floyd, The Accuser features guest appearances  from Charlie Fell (Lord Mantis, Nachtmystium, Cobalt), Will Lindsay (Wolves In The Throne Room,  Nachtmystium, Indian), Jeff Wilson (Wolvhammer, ex Nachtmystium), and Neill Jameson (Krieg, Twilight).

Abigail Williams will begin an autumn tour with Today Is The Day on September 11; official dates are noted below and on Candlelight’s official Facebook page.

Candlelight Records recently released a special 4-disc collection, From Legend To Becoming, available now in stores nationwide.  The limited edition collection includes the band’s three full-length albums, 2008’s In The Shadow Of A Thousand Suns, 2010’s In The Absence Of Light, 2012’s Becoming, plus their debut ep Legend. 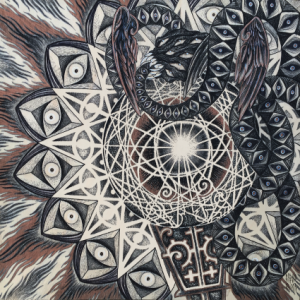