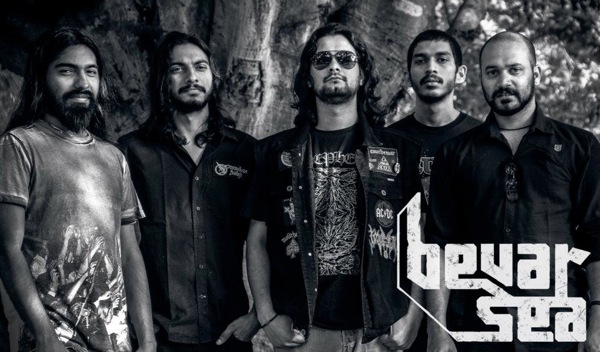 Bangalore-based Stoner/Doom Metal quintet BEVAR SEA will release its sophomore album Invoke the Bizarre worldwide on October 31. In November 2014, after a 10-day whirlwind session at Adarsh Recording Studio in their hometown, the band completing the challenging task of following up such a well-received debut album. Invoke the Bizarresees a musically maturing BEVAR SEA in exploration of new sonic territories while remaining rooted in Stoner and Doom Metal. The album was then mixed and mastered by Matt Lynch from LA’s Mysterious Mammal Recording between April and August 2015

BEVAR SEA started out in 2007-2008, and became a serious performing and recording act in late 2010. They’ve since gathered an unprecedented cult following in the country based on their powerful live performances and recorded output, as well as in doom circles abroad.

The band’s self-titled debut album was released in October 2012 to great response from both the local and international audiences, and favourable reviews from critics everywhere. The album was recorded by the band themselves at The Doom Cave, and was mixed and mastered by Billy Anderson (Melvins, Neurosis, Sleep, High on Fire, Agalloch etc), and featured artwork by the band’s lead guitarist and artist Rahul Chacko. The record showcased a fairly young band playing doom with generous influence from 70s hard rock, with all the hooks, melodies and blues-favoured riffs you’d expect from that combo. The positive response worldwide to the album went a long way to putting them on the map, even as far as earning them a slot at the prestigious Maryland Deathfest in the USA. Songs from the album became live staples since the release, and were also featured in various compilations worldwide.

Two years after the release of the first album, with more experience and skill under their belt, the band wrapped up writing new songs for the second album titled Invoke the Bizarre. The album is set for a 25th September 2015 release in India and October 31st for the rest of the world. 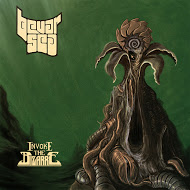