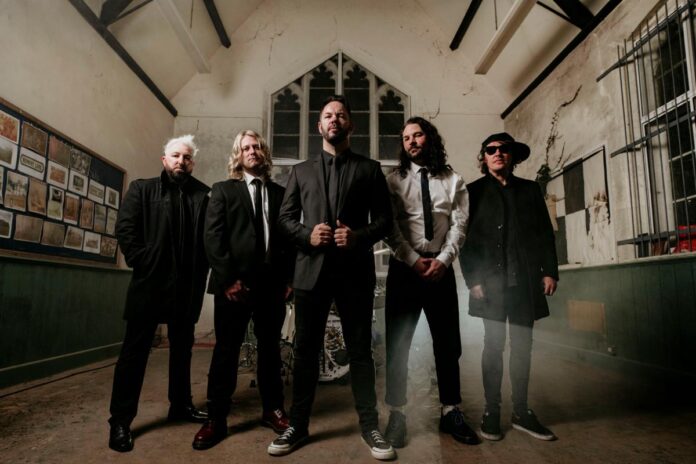 Welsh rock squad THOSE DAMN CROWS wear their heart on their sleeves with the release of their deeply personal and moving new single, ‘This Time I’m Ready’. The song lays bare intense feelings around loss and grief, in the group’s most revealing and vulnerable track yet, while losing none of the rock heft they’re renowned for.

The single forms the midpoint on their upcoming, latest studio album, ‘Inhale/Exhale’, which is set for release worldwide on February 17th, 2023 via Earache Records. ‘This Time I’m Ready’ is released today and available now on all streaming platforms.

Frontman Shane Greenhall shares, “This time I’m ready is a song about a one way conversation I have with my Dad. He’s been gone 11 years now but as anyone who’s ever lost and grieved somebody close, you never stop talking to them as they were (and will continue to be) a huge part in your life.

I think the whole grieving process can be both mentally and emotionally brutal, with long lasting effects. Everyone deals with pain and grief differently, I believe it’s made me stronger and genuinely given me more incentive and desire to go do the things I want to do… ‘This time I’m ready, light the fire in me.’

The official video was filmed and directed by Nathan Roach (Coal Poet Media) with additional filming by Shaun Hodson of Loki Films.

Shane continues, “In the music video, myself, Lloyd, Dave, and Ronnie show our own personal stories and individual truths dealing with the loss and grief of our loved ones.

For me… I believe that if I hadn’t experienced real loss in my life when I did, I’m not really sure if I would’ve been consciously capable of living my best life now. You don’t imagine what life would be like without a certain someone in it, but when it happens… then!… then you realise just how much we take for granted.

Trauma will change you; grief will give you a perspective like nothing else, relentlessly force-feeding you the conflicting reminder of just how brutal, yet beautiful, life can be.”

Recently, THOSE DAMN CROWS announced a string of UK headline shows in February 2023. The tour kicks off with an album release day party at the Key Club in Leeds. Special guests are yet to be announced. Tickets are on sale now at: https://www.thosedamncrows.com/tour.

With some dates already selling out, snap up tickets while you still can! Dates include:

Previous article
VIRTUAL SANITY
Next article
AN EMPYRE OF PARASITES