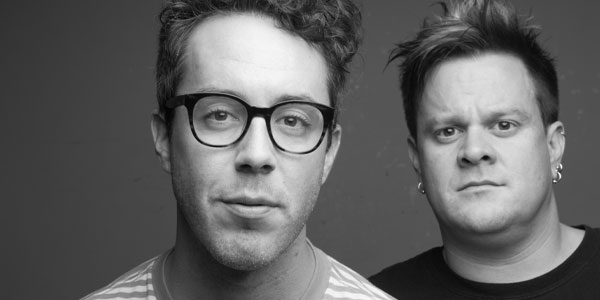 It may have been a little while since they were here wow’ing audiences across the UK back in March, but Texan indie pop-rockers People On Vacation have been far from taking it easy. Commitments to their other respective projects aside (Jaret touring with Bowling For Soup and Ryan preparing for the launch of his début solo album and first UK solo tour), the last twelve months for People On Vacation have been a roller coaster. Now the next chapter is here!

This week sees the launch of the brand new People On Vacation single, “Don’t Ask The Question” and it’s accompanying music video. Premiered through Kerrang.com last week right here, the video depicts Ryan as the man who will walk day and night to solve problems for his family and friends, ranging from simple things to live changing events! If that introduction doesn’t convince you to watch the video, quite frankly nothing will!

“Don’t Ask The Question” is the second single from People On Vacation‘s hugely popular album The Chronicles Of Tim Powers, which is out now on Brando / Que-So Records.