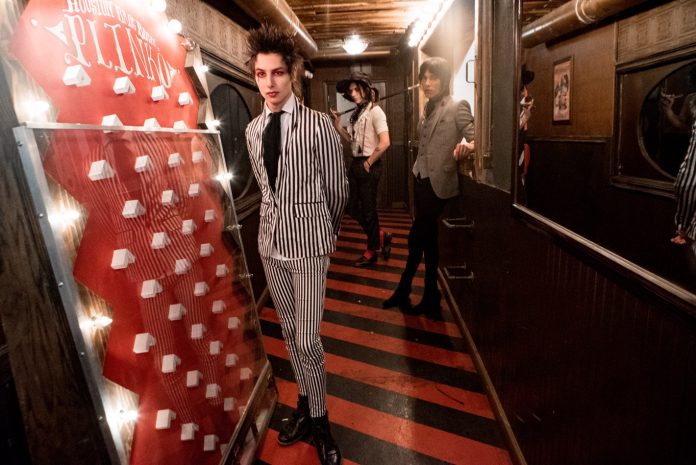 PALAYE ROYALE return with a brand new song from their eagerly awaited follow up to last year’s “Boom Boom Room (Side A)”.

“You’ll Be Fine” serves as a taster for the highly anticipated “Boom Boom Room (Side B)”, details of which should be revealed in the coming weeks.

“‘You’ll Be Fine’ is a step into the new world of Palaye Royale.” Claims frontman Remington Leith. “Steaming from the live show atmosphere, we took the moments of aggression, violence and excitement by putting in all in one song. ‘You’ll Be Fine’ was written in the perspective of a schizophrenic patient (same patient as Mr. Dr Man talked about). In today’s society everyone around you will always say ‘it will be fine’. In this video we address the topics that people tend to not frequently talk about. Mental health and freedom within existence.”

The three brothers took advantage of a day off from their Warped Tour stint to drive a 1987 Rolls Royce Corniche II along the Agua Dulce in California, suffering through the 110 degree heat of the canyon roads to capture the perfect shots.

Set apart by their artistry and integrity, PALAYE ROYALE are ‘indie’ in every sense of the word. They’re completely hands-on from their lyrics and musical arrangements, from the direction and production of their own music videos, right down to handling their own social media. This video shoot was no different, with the band spending hours digging and building the pool themselves to use for the water shots.

The performance element was shot at the Black Rabbit Rose, Hollywood, CA with special thanks to the Houston Hospitality Group. No mannequins were harmed during the shooting.

The band returns to the UK in October for their first headline tour, the first show of which is sold out with the other two already very close.