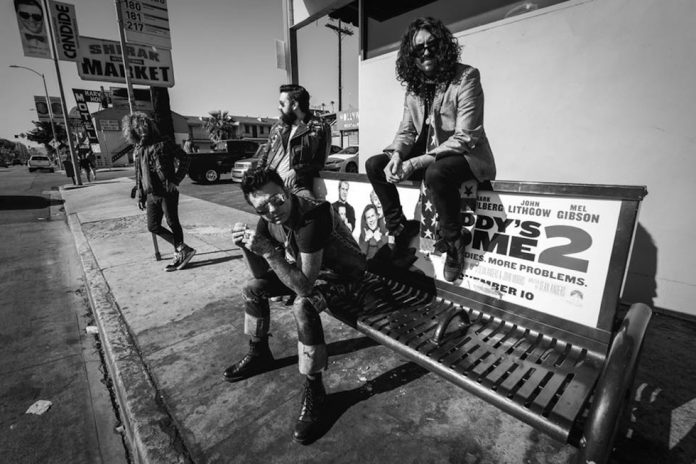 US hard rock band, BULLETS AND OCTANE, have released a new single and music video for ‘When We Were Young‘, the track is taken from their new album ‘Waking Up Dead‘, which was released in May via Bad MoFo Records/Cargo Records UK. The video can be viewed here:

BULLETS AND OCTANE have added some new dates to their European tour, including a UK tour with CKY.

BULLETS AND OCTANE is:

In 2016 they played Lost Highway motorcycle show and concert with Social Distortion, Foghat and Eagles Of Death Metal as well as releasing a new song “Burning At Both Wicks“.

In 2018 they are looking to release the album “Waking Up Dead“. They are already slated to headline U.K. dates and Sweden dates in February to kick off the 20 Year anniversary of the band with what has been touted as the most solid line up in it’s history.