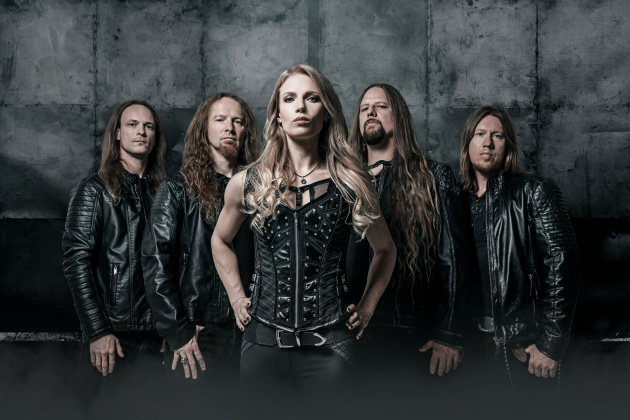 Symphonic metal masters, LEAVES‘ EYES, have dug deep into their treasury and brought out a real song jewel. As a special gift and surprise, today they present an acoustic version of the band’s classic and 2015-album title track “King Of Kings“ which was originally recorded with former vocalist Liv Kristine!

LEAVES‘ EYES decided to start an upcoming throwback-series with this first pearl. Says band mastermind, Alexander Krull: “This acoustic version of “King Of Kings” sounds beautiful, and is recorded on harp and with natural percussions. The song was especially rearranged for this version and its’ musical performance.“

Stream the acoustic version of “King Of Kings” HERE!

LEAVES‘ EYES were formed in 2003 and the band has released eight incredibly successful studio albums, nine EPs, various Singles, one live album, several DVDs as well as a Blu Ray, and belongs to the spearheads of their genre. Their latest record, The Last Viking, was released in 2020 via AFM Records. Watch out for many more song pearls to follow!