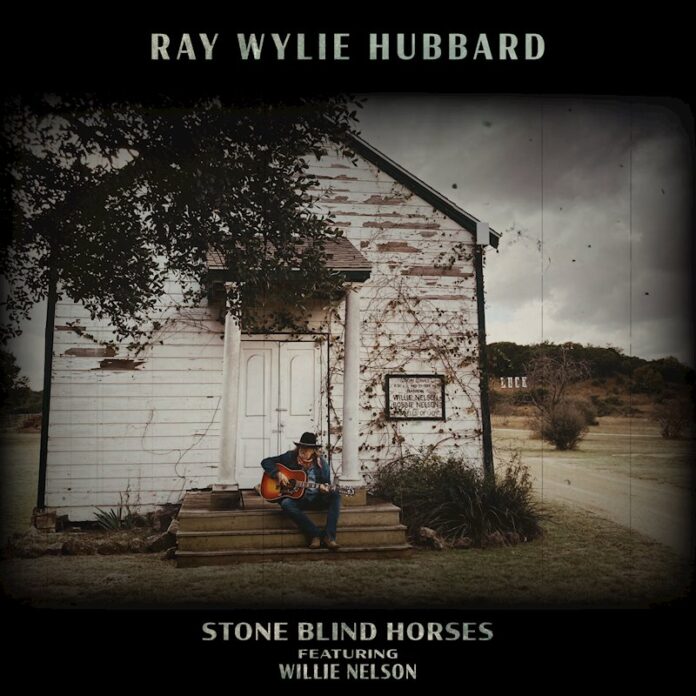 RAY WYLIE HUBBARD unites with WILLIE NELSON for their mellow take on ‘Stone Blind Horses’ (originally released as a solo endeavour on ‘The Ruffian’s Misfortune’), released today as a single, while anticipation builds for RWH’s star-studded new album ‘CO-STARRING TOO‘, due for release on 18thMarch.

Available from 4th March, this version of ‘Stone Blind Horses’ leans into a subdued reflection, with the addition of Willie’s signature vocal, as the pair ponder:

“I been ridin’ stone blind horses

Never seen a reason to believe

Hey sweet Genevieve say a prayer for me

And the wild young cowboys, old drunks, paramours, and thieves.”

As Lonestar Music Magazine previously observed: “Part prayer, part unrepentant last will and testament, it’s a song for the fallen called ‘Stone Blind Horses’ and it sounds nothing at all like something a ’22-year-old punk guy’ could ever come close to pulling off. But Hubbard delivers it with the authoritative conviction and gravitas of a battle-tested and world-wizened wayward gypsy/grifter/poet/shaman, because yeah, well … he pretty much is.”
Meanwhile Saving Country Music lauded, “…at first I truly believed it had to be a cover of a hit from a previous era that had been forgotten about. The song feels so classic, yet remains fiercely original, it’s a wonder how it was never written before. […] ‘Stone Blind Horses’ is the perfect forum for his raspy groans to find their sweet spot of emotional expression.”

“When I finished writing ‘Stone Blind Horses’,” Hubbard recollects, “the thought came to me: ‘If Wille were to sing this with me, it would be like getting a nod of approval from the Universe itself.’ I guess I got it. Thanks, Willie.”
Once again, the Oklahoma-born, Texas-dwelling renegade poet delivers his solo-written offering as part of an eclectic new mix that follows teases from Lzzy Hale and John 5 on ‘Naturally Wild‘ and ‘Hellbent for Leather‘, featuring Steve Earle.
RWH has embraced a world of misfit characters and ordinary circumstances for more than a half century, crossing paths with the most acclaimed and quirky artists of our time. Expanding on 2020’s ‘CO-STARRING’ — the all-star project that included Don Was, Joe Walsh, Ringo Starr, Ronnie Dunn, Peter Rowan, Larkin Poe and Aaron Lee Tasjan, among others — he returns with another benchmark-setting album. For his second rave-up with friends and family, RWH invites Rock & Roll, Country Music and Musicians Hall of Famers; Texas icons, Americana legends and upstarts making their mark, who all recognize the power of RWH’s cosmic snakedance.