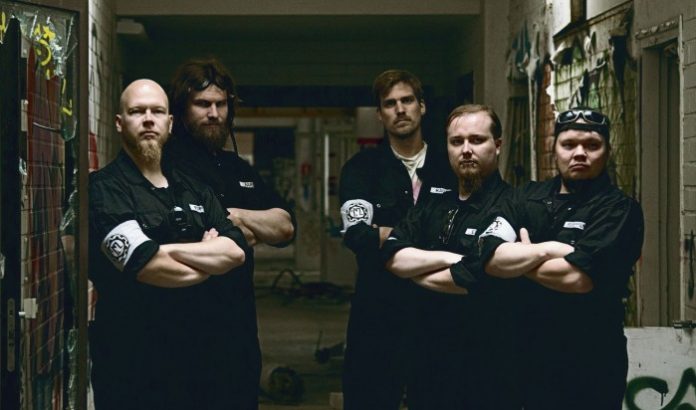 What would happen if you combined Stone Sour, an awesome toaster, and the current incarnation of Amorphis? Well, you’d get a hairy mutt that’s not that far from the Finnish melodic metal band MACHINÆ.

MACHINÆ is a five piece melodic metal band from Finland that blends a heavy wall of sound peppered with a wide gamut of gritty growls and melodic clean vocals, wrapped in a black and white contrasted rugged machine shop image. The band dares to blend pop keyboards alongside troglodytic riffs in a masculine and guitar dominated genre. MACHINÆ’s sound and minimalistic but highly contrasted image creates a package that you will love to hear, see, and experience.

MACHINÆ came together when Eriksson and Romppanen decided to just go ahead and create the band they really wanted with the philosophy of “if you build it, they will come”. A full lineup was confirmed by their first gig on Halloween 2014. The band started working on their debut album right away and a year later, Clockwork’s final master went to print and is due to be released on November 20th 2015 through Concorde Music Company.

The album’s themes range from dealing with death, independence, and an overall tone of overcoming adversity, backed up by a wall of sound. This Will Be The Day and Blank Canvas are good examples of a pure, introversive Finnish spirit while Don’t Get Used To This and Almost Human Doll get the mosh pits going.