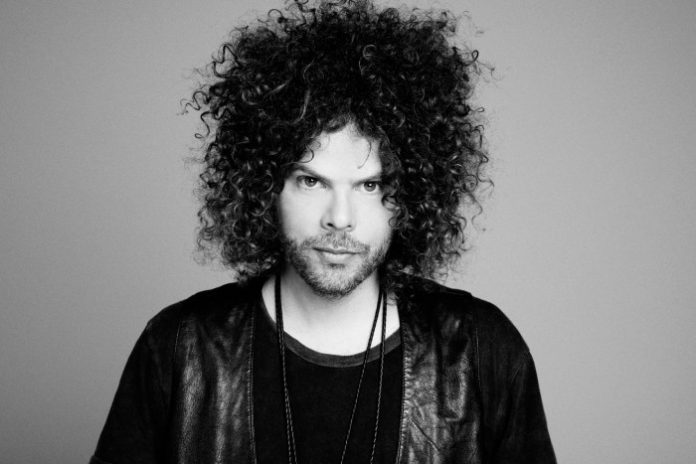 “The video is about a girl who’s held hostage by evil alien folk, but upon hearing the powers of Wolfmother’s smash hit rock ’n roll extravaganza, the heroine is set free from the dark forces of the universe,” Stockdale comments. “It is with this knowledge that all forces are combined through the rite of Wolfmother riffmania. And we had a blast shooting it.”

The single is the title track to upcoming album VICTORIOUS, which is set for a February 19th release through Universal Music Catalogue. Over the course of the past few weeks, the band have been giving fans a sneak preview of the album, starting with the Zane Lowe/Beats 1 radio show debut of ‘Victorious‘ and ‘City Lights‘, which was followed by the Vice/LiveNation premiere of ‘Gypsy Caravan‘. Fans can get all three songs as instant downloads by clicking HERE to pre-order VICTORIOUS on iTunes. The CD is also available for pre-order through Amazon HERE and pre-orders and exclusive merch bundles are also available at http://smarturl.it/wolfmotherstore.

The follow-up to 2009’s Cosmic Egg and 2014’s New Crown, the much-anticipatedVICTORIOUS is an electrifying testament to the range and depth of songwriter/vocalist/guitarist Andrew Stockdale’s artistry. Recorded at Henson Studios in Los Angeles with 2X Grammy winning producer Brendan O’Brien (Pearl Jam, AC/DC, Chris Cornell, Bruce Springsteen), the songs are edgy, inventive and uncompromising and rank among the band’s best ever. In addition to vocals, Stockdale played guitar and bass and brought in Josh Freese (Nine Inch Nails, Bruce Springsteen, A Perfect Circle) and Joey Waronker (Air, Beck, REM) to split drum duties.

Led by Stockdale, Wolfmother have amassed a global fanbase, played to packed-house crowds around the world, delivered show-stealing sets at star-studded festivals like Coachella, Lollapalooza, Bonnaroo, Isle of Wight, Rock am Ring and Reading and Leeds, and have been invited to share stages with rock icons Aerosmith and AC/DC. For their induction into the UK Music Hall of Fame, Led Zeppelin personally invited Wolfmother as their guests (the band showed their appreciation by delivering an electrifying cover of ‘Communication Breakdown’).

Don’t miss Wolfmother when they tour Europe starting this April: