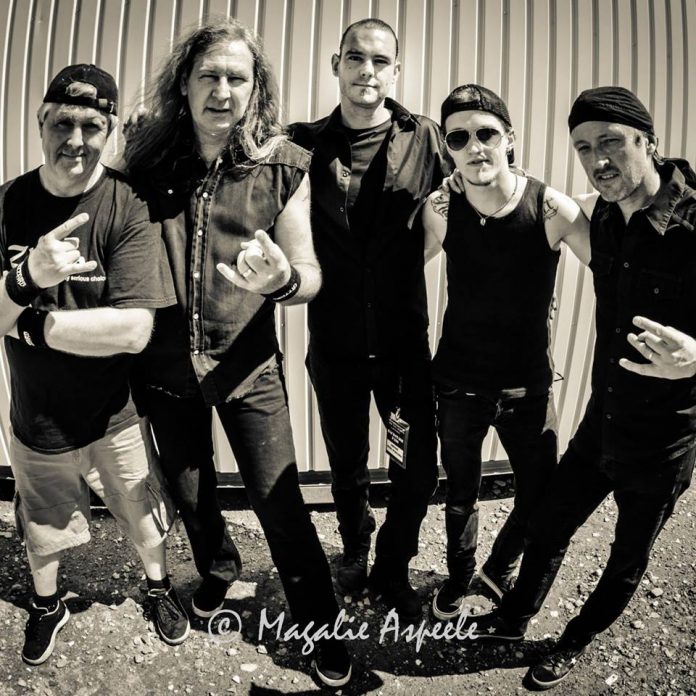 Belgian classic metallers step it up a notch on new one

Wizz Wizzard, classic metal band from Belgium, are to release a 2nd full album via Rocksector Records. ‘Where The River Runs Cold’ will be released officially on 14th March 2016 and is available to pre-order nowat www.rocksector.com

Since inception in January 2007, the band has celebrated its’ key influences with roots in the New Wave of British Heavy Metal and in recent years that’s seen them visit UK shores regularly to play live shows especially at SOS Festival in Manchester where they’ve become established as virtually the resident band. The warmth with which British audiences have welcomed Wizz Wizzard is testament to how well they’ve taken their inspiration from British metal then exported that successfully back to the UK, spearheaded not least by the charismatic and affable
frontman Wizz.

The band released its’ full debut album ‘Tears From The Moon’ via Rocksectorback in March 2013. Although the debut was well received the band now feels that ‘Where The River Runs Cold’ steps things up a gear.

The new album includes Luke Appleton (Iced Earth / Absolva / Fury UK) playing as guest on guitar especially on the final track ‘Wonders of the World’ – a song which first appeared on the ‘Restless’ acoustic album of 2015 by Chris Appleton (Absolva / Blaze Bayley / Fury UK). Luke also plays guitar on ‘World of Shadows’, whilst Chris Appleton also contributed various backing vocals on the album, acoustic guitar on ‘Break Away’ and additional guitar on ‘Return of the Vampires’.
‘Where The River Runs Cold’ was self-produced and recorded in late 2015 at engineer Bart Wyn’s studio in Lotenhulle, Belgium.

‘Where The River Runs Cold’ is to be launched at Wizz’s own festival, Wizzfest, on 19th March with a sell-out crowd for the 5th consecutive year.

The band can also be seen live back in the UK on 16th July at SOS Festival in
Manchester.