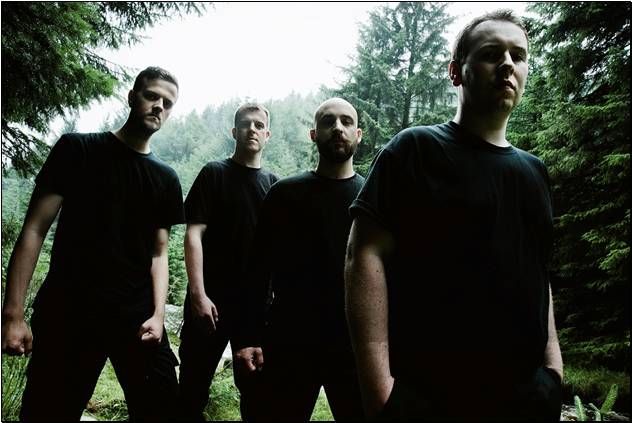 Four disc collection out in May

Following a very successful European launch, Candlelight Records confirms May 18 as the North American release date for The Fathers Of Albion-An Anthology 2007-2012; a four-disc retrospective collection from UK black metal band Winterfylleth.  The limited-edition package is a perfect introduction to the band for new fans and fills all the gaps for long-time fans seeking the band’s early and hard to find recorded history.  It is available now for pre-order via the label’s official webstore.

Vocalist/guitarist Chris Naughton says, “it is really amazing to be able to do a release such as this.  The collection takes stock of who we are as a band and looks backs over what we have accomplished in the last eight years.  It features liner notes detailing the stories behind all the albums, a specially remastered version of The Threnody of Triumph, plus bonus material from the original The Ghost Of Heritage sessions.  There is also a full disc of material that was on limited release or never been on cd before.  And all of this comes packaged with beautiful new artwork created by Simon (Lucas, drums) and Dan (Capp, guitar).”

Since their formation in 2007, the Manchester-based quartet has conjured moods and emotions that range from vicious and violent to melodic and elegant.  Terrorizer Magazine says, “Winterfylleth deserve accolades for their role in establishing an unmistakably unique identity for British Black Metal.”  The Divination of Antiquity, the band’s latest album, was released last autumn to much acclaim.   New Noise calls it an, “absolutely top-tier black metal album.  Metal Injections asserts, “a masterstroke of elemental black metal .”   The band has been nominated for Metal Hammer’s Golden God Award for Best Underground Band; voting is open now with winners to be announced at the live ceremony scheduled on June 15 at London’s Indigo O2.

The full track listing for The Fathers Of Albion-An Anthology 2007-2012 is:

(Disc 1) The Ghost Of Heritage

(Disc 2) Album: The Mercian Sphere
1. Gateway to the Dark Peak & The Wayfarer Pt. 1 – The Solitary One Waits for Grace
2. The Wayfarer Pt. 2 – Awakens He, Bereft of Kinsmen
3. The Fields of Reckoning
4. Children of the Stones
5. The Ruin
6. The Honour of Good Men on the Path to Eternal Glory
7. The Wayfarer Pt. 3 – To Find Solace… Where Security Stands
8. When the Woods Were Young
9. A Valley Thick with Oaks
10. Defending the Realm

(Disc 3) The Threnody Of Triumph (remastered)