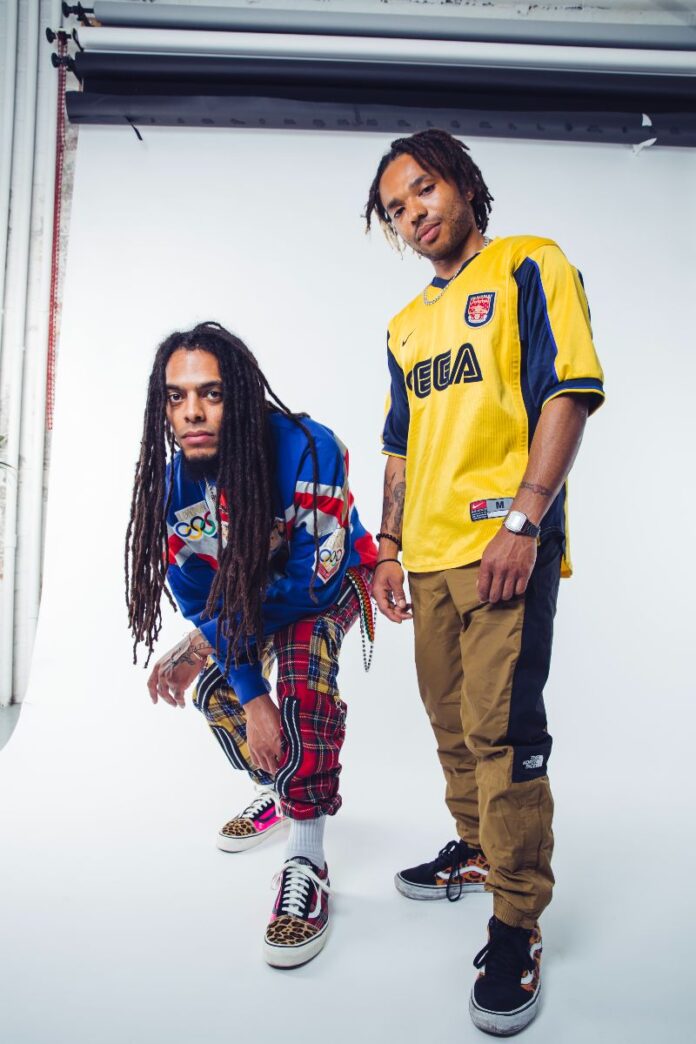 London two-piece BOB VYLAN have today released their brand new album ‘Bob Vylan Presents The Price Of Life’, which is out via their own record label Ghost Theatre. The record is available to order – HERE. The band have also released video for latest single ‘Wicked & Bad’ which is taken off the new album.

Speaking about the video and the new song the band said, “Wicked and Bad is a mosh pit, festival ready banger and when we were thinking about what the video would look like we just knew it had to be shot in Jamaica, and having complete creative control and being in complete control of the budget, we were able to just get up and do exactly that!”

“With the track being heavily influenced by jungle music and the roots of that music being in reggae and dancehall, we wanted to pay homage to that and go back to where it started. It’s also where I (Bobby) have familial roots with my father being born in Jamaica, it just made perfect sense. There’s also an element of doing something not everybody can do. We’ve never seen a punk band go to Jamaica and shoot a music video with an all local crew and we’re able to do that on our own dime through our own record label, there’s power in that.”

“I (Bobby) reached out to Yannick Reid who is an incredible director in Jamaica and works with Koffee, Protoje, Lila Ike to name a few, he loved the track and came back with a vision that matched perfectly with what we were thinking, even down to the DIY flame thrower which is a cultural staple of dancehalls in Jamaica, it just fits with the song perfectly. We used a completely local crew and I styled the outfits. Being a jungle type of track I knew I had to pull out some vintage Moschino pieces which were popular in the UK jungle raves back in the day.”

“It’s the focus track from the new album so we knew it had to make an impact when we released it and this video helps us do just that!”

The band also spoke on the album and said “This album comes at a very strange time. It was initially meant to come out much earlier but certain things weren’t in place for us to do so. I say it comes at a strange time because we wrote it before the major attention on the cost of living crisis that so many of us are suffering from at the moment due to greedy government policies that have left people choosing between heating and eating but it seems as though the album is more relevant now than it could have ever been, which is an incredibly sad thing to realise about your own artistic creation, but a sadder thing to realise about the state of this country and the so-called leaders in charge of it.”

“The album is a detailing of various interactions with money from all the walks of life that we have witnessed or been part of, some of them dangerous, some of them musical, some monotonous, some less glamorous than others but all of them important in their own way. This is the best musical output of our career so far and it brings us immense joy to finally offer it to people, but it brings us immense sadness to be so accurate with the relevancy of the subject matter throughout.”

BOB VYLAN will also be doing Rough Trade in-store live performances and signings next week. You can see the band at the following dates:

After supporting the likes of Biffy Clyro and The Offspring over the last few months the band will be heading a full UK headline tour through May/June 2022.