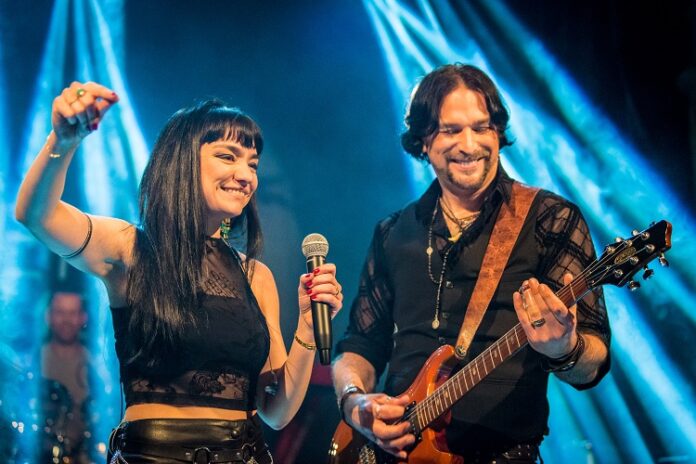 When Rivers Meet are pleased to announce their new single I Can’t Fight This Feeling – released on Friday May 20th. This is the fourth single taken from their award-winning sophomore albumSaving Grace, and follows the singles Testify, Never Coming Home and He’ll Drive You Crazy.

The single coincides with their UK headline tour which continues at their sold-out concert at The Deaf Institute in Manchester on Thursday May 19th.

The news follows WRM’s triumphant win at last night’s UK Blues Awards in London where they won three awards including “Blues Band of the Year”, “Blues Vocalist of the Year” (Grace Bond), and “Blues Album of the Year” (Saving Grace).

Saving Grace follows WRM’s critically acclaimed debut album We Fly Free that was released in November 2020, and their previous two EPs, The Uprising, and Innocence of Youth. The past two years have been a non-stop thrill-ride for WRM, who are comprised of Grace Bond (lead vocals, mandolin, violin) and Aaron Bond (guitar, vocals).

On their highly anticipated sophomore album Saving Grace, WRM have set out to produce a blues rock album with a more upbeat, punchy, and exciting sound.

The album is available from www.whenriversmeet.co.uk.

Says Aaron, “As well as being inspired by classic blues including John Lee Hooker and Muddy Waters, we also draw a lot of influence from classic rock bands that include Led Zeppelin, Bad Company, Cream, and Free. To emulate some of the feel or tone of these legendary blues pioneers and seminal rock bands is something that we strive to do, and hopefully people will hear that in our music and relate to it.”

When Rivers Meet’s passion for blues rock shows through with an underpinning of traditional blues and classic rock. The duo makes a concerted effort to keep to a genuine, gritty sound using authentic techniques, including tube tape echo and reverb chambers, which have created a live sound that keeps a truly vintage vibe that not only has energy but is also a true representation of the ever-evolving sound this duo produces.