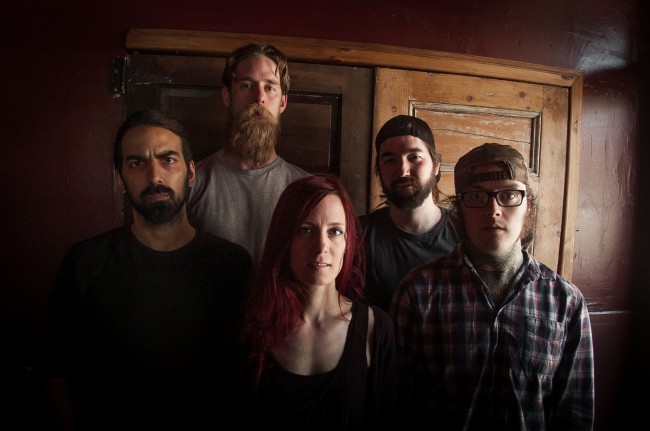 Grindcore masterclass is out now

Canadian grindcore legends FUCK THE FACTS’ new album ‘Desire Will Rot’ is now available via their indie label Noise Salvation and can be digitally downloaded here plus be picked up on 12” vinyl, CD, and Cassette at http://www.fuckthefacts.com.

“The new FTF album is officially released. It’s been a hell of a ride full of ‘ups and downs’ while we’ve been working towards this, but In the end I’m just really stoked that we managed to pull it off… and independently to boot! A band with an unacceptable name, playing unacceptable music; I probably shouldn’t still be doing this 15 years later, but the support we’ve gotten while building up to this release has been so awesome that I can’t imagine why I would stop. Thanks to all of you that have already ordered a copy of the record and supported us on this bastardized musical journey. I can’t wait to hit the road and see many of you in person!” comments guitarist Topon Das.
Recorded and mixed by FTF guitarist Topon Das at his Apartment 2 studio in Ottawa, ON, ‘Desire Will Rot’ features eleven aggressive tracks of the band’s metal mastery to follow their recent split EP with Fistfuck along with 2014’s ‘Abandoned’ and 2013’s ‘Amer’ EPs plus it being their first full length since 2011’s ‘Die Miserable’.
‘Desire Will Rot’ full album stream can be heard at the following link: https://soundcloud.com/noise-salvation/sets/fuck-the-facts-desire-will-rot
FuckTheFacts.com | Facebook | Twittter | Youtube |Reverbnation | Soundcloud | Last.FM | CBC 3 | Instagram
Previous article
Premier Pagan Metallers release brilliant new video ahead of tour
Next article
More Vivid, More Vexing, More Krallice