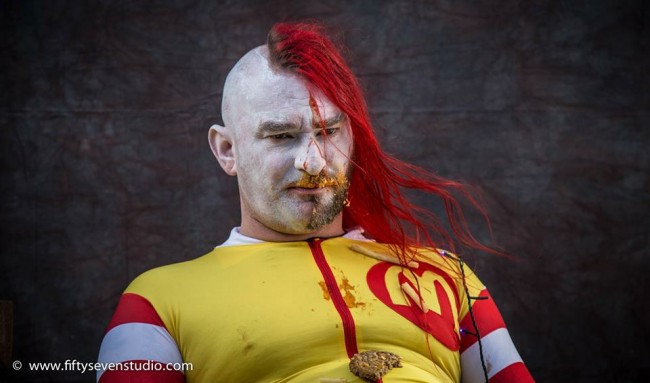 13th video on it’s way
British band WEAK13 release a teaser photo to accompany their forthcoming music video release for their song “Go Away“. Subject matter for the music video remains top secret but the band has hinted that “some large organisations may find it very offensive”. The music video has been crafted by the company Fifty Seven Studio and was filmed in Wolverhampton England early 2015.
Previous music videos from the band have won awards such as “Wake Down” which won “best music video” in the London Limelight Awards, “Joke” depicted a fictitious American president known as President DENT receiving oral sex during a live press conference at The White House and afterwards becoming assassinated by a rifle disguised as a French loaf.

This, the band’s 13th music video “Go Away,” is set for public launch on June 13th at 13:13pm. The three-piece consisting of drummer Neel Parmar, bassist Wesley Smith and front man & guitarist Nick J.Townsend state that “This has been fun to produce and possibly will create a little bit of controversy”.

WEAK13 have also revealed that another music video which will be a brand new song from their as yet unreleased debut studio album has already been filmed and will be released by them shortly after the “Go Away” music video.