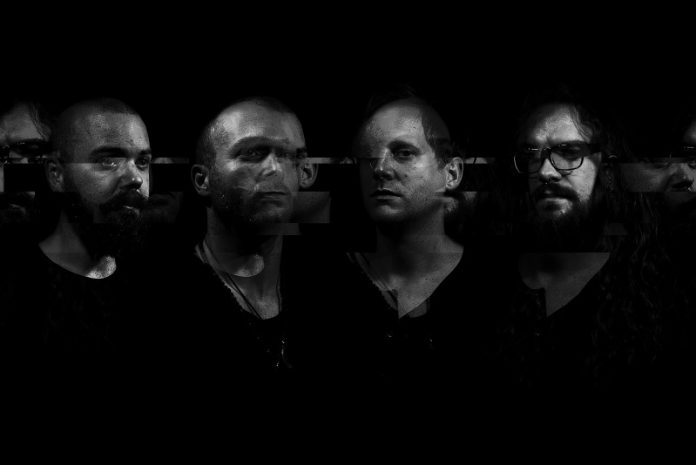 “The inception of our band was a written manifesto, the contents of which essentially boiled down to one word: intensity,” asserts Andrei, guitarist of London quartet, THE EVER LIVING.“As we developed our sound we realised we wanted to be a heavy band, but not necessarily a “metal” band in the traditional sense and we have evolved deliberately with that in mind,”continues bandmate, vocalist and keyboardist Chris; “We use brass, strings and piano; open droning guitars rather than palm-muted chugs, and avoid over-reliance on double kickdrum.”

THE EVER LIVING’s self titled debut EP is most certainly expansive, its five tracks constructed around tidal waves of thick guitars, atmospheric instrumentation and vocals that roar from the murky depths.

“What we have created is heavily layered and intense,” elaborates Andrei, “We’re combining ideas from post, progressive and black metal with classical, industrial and electronic influences in a way that we have not heard other bands do. The EP was designed to show different sides of the band but to also be fairly straightforward for a first release. We didn’t want there to be any fat on the songs and it doesn’t let up much. It’s a good taster of what’s the come.”