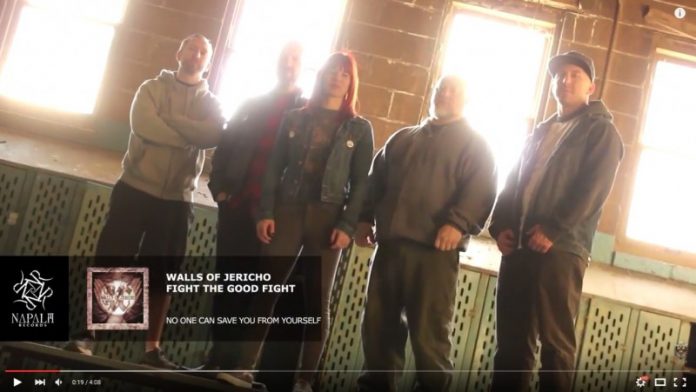 WALLS OF JERICHO fans worldwide count on the unmatched aggression and integrity of Detroit`s daughter and sons – be it at their brutal live shows or on record!  Eight years after The American Dream, Candace Kucsulain and Co. have found new allies in Napalm Records and seem more relentless than ever: there`s no space for soft nuances! Maddening riffing, downbeats, and huge breakdowns proudly display the band`s historical vigor.

No One Can Save You From Yourself, is set for a March 25th release via Napalm Records.

Seemingly overnight, stylized bands playing strains of melodic hardcore have sailed up the pop charts. But for WALLS OF JERICHO things have played out a bit differently. During the scene’s ascension, the band’s members have all but shunned the idea of a genre tag or an “image” and have instead focused their energies on making music that will survive strictly on its musical merits.