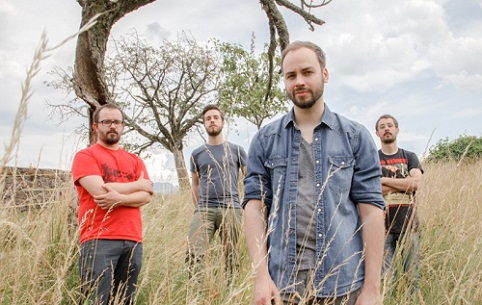 The EP is available right now for digital “pay what your want” and full streaming on Bandcamp.

“We’re both looking for a voice, a voice of our own, a lonely song”. Fred Aellen (Sonograph) and Raul Bortolotti (Kruger) have finally broken their loneliness spell. They invited numerous swiss friends (Abraham, Kehlvin, Cortez, etc…) and foreign heroes (Jeniferever, Stereograph, etc) to their land of inner peace. They gathered more than 20 musicians from all backgrounds and transformed step by step a dozen confidential demos into a coherent and rich hour of music.

“Roseland” is a wide patchwork of styles and people, an incredibly dense release for a first real-life experience. The result of two creative minds at work for two busy years. Patience pays…