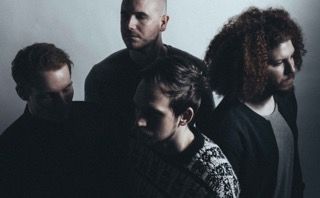 “I was inspired to write this song with Agent Fresco as a result of an experience I had when I was performing with Ólafur Arnalds in Copenhagen a few years ago. I was five years old when we moved to Denmark from Iceland. When I was 20 I lost my father to cancer and I returned to Iceland with my sisters, mother and my father in his coffin to hold his funeral. I stayed behind in Iceland after his funeral, thinking I was only going to live here for a year or two, but Agent Fresco happened in 2008 and making a career in music has now become my life. So back again to the story, I had been touring with Ólafur for some time and before our gig in Copenhagen I asked him if I could dedicate my last song to my family and my best friends, who were all in the audience. But when that moment in the program finally came, everything became just way too intense for me, thinking about the death of my father, the birth of my sisters’ children, the death of my friends’ parents. I’ve been absent from my loved ones through so many life-changing moments. Time hadn’t stood still simply because I was in Iceland and realising that was just heartbreaking. Those are the thoughts and feelings I wanted to capture in Wait For Me.”

Agent Fresco’s music is a reflection of this ever-changing landscape, with its overwhelming sense of freedom and vastness. This is a progressive Art Rock band that needs to be experienced from a few steps back to be grasped in its entirety, like a bold work of art. In the last couple of years, their iridescent, propulsive, arty and highly addictive music made the highly esteemed Reykjavik band – comprised of Arnór Dan, Þórarinn Guðnason, Hrafnkell Örn Guðjónsson and Vignir Rafn Hilmarsson – become the favourite of a music-loving nation and an act sparking international interest.

The band are also set to appear at Iceland Airwaves Festival on 4th November.