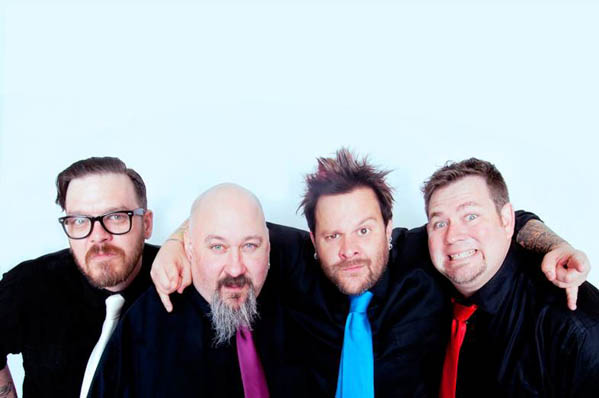 The Dollyrots and Lacey join BFS for UK trek

Even though Bowling For Soup’s UK return is more than six months away, the anticipation is already building for the How About Another Round Tour. There has been lots of speculation online about just which bands might have the pleasure of joining Bowling For Soup on this tour and today the need for speculation is over!

Bowling For Soup are delighted to confirm that their good friends and California natives The Dollyrots will be bringing their upbeat and unique brand of “bubblegum punk” back to the UK as main support for the tour. They are equally thrilled to announce that Nottingham’s own exciting rock quartet Lacey will also be joining the trek.

With the news now out in the open, The Dollyrots are thrilled to be heading back across the Atlantic with their old friends:

“Bowling For Soup has taken us on some amazing adventures and the UK is one of our all-time favorite places to rock together! We’re thrilled to bring this party back to some of the best fans on the planet!”

Not to be outdone, Lacey have also been waxing lyrical about playing their part on the How About Another Round Tour:

“We are beyond honoured and excited to be joining Bowling for Soup on their ‘How About Another Round’ Tour. We’ve been very fortunate to tour with Jaret and his band People on Vacation a couple of times, as well as Erik’s solo band a few years back, and it’s always an amazing time, so to be able to tour with the whole gang is a real dream come true for us and we’re looking forward to a beer or 20 with the guys each night. Every time we’ve seen BFS over the years they’ve just been so much fun, and we’re ready to get everyone in the sprit together with the awesome Dollyrots for a massively fun show every night. It’s gonna be unmissable”.

For anyone who hasn’t yet seen it, a tour commercial for the How About Another Round UK trek was unveiled at the 2015 Download Festival and has more recently been doing the rounds on the Internet.

A full reminder of the fifteen dates of the How About Another Round Tour follows:

Tickets for the ‘How About Another Round Tour’ are on sale now and available from Live Nation (http://www.livenation.co.uk/artist/bowling-for-soup-tickets). Tickets are priced at £20 (£22.50 for London). There will also be limited numbers of Bowling For Soup VIP tickets for every show priced at £50 (£52.50 for London).