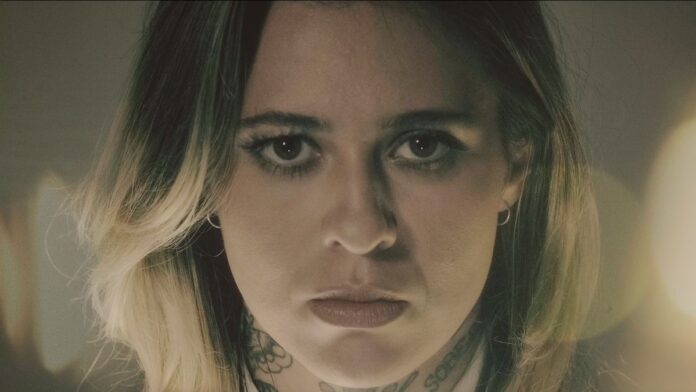 Morgan Wade continues the story of her debut release, ‘The Night’, with new song ‘The Night (Part 2)’. Listen here.

Originally a self-released single, ‘The Night’ (co-written with co-producer Sadler Vaden) instantly and viscerally connected with audiences, leading to her deeply personal critically acclaimed debut album Reckless, Rolling Stone‘s No. 1 Country Album of 2021. The most confessional work from a particularly soul-baring writer, ‘The Night’ recalls some of the struggles Wade has navigated while finding sobriety, and above all, herself.

More electronic and subdued, ‘The Night (Part 2)’ considers her reckoning with desperation and the daily battle to hang on – even from the other side of recovery. Across a shimmering, minimalist track, she confesses, “I’m at war with myself, battered and bruised from my mental health…” She reminds listeners the struggle is real, to be vigilant and not give up. Just as importantly, she shines as an example of a sober life lived. Her performance shows a woman struggling with powerful emotions, but also rising to the freedom her songs and living on her terms provide.

Additionally, Wade appears in dual music videos for the brutally honest duo of songs, directed by GRAMMY nominee P.R. Brown. A renowned visual artist, Brown has directed videos for the likes of Prince, Green Day, Stone Temple Pilots, Miley Cyrus, Death Cab for Cutie, Meat Loaf, My Chemical Romance, and many more. Brown’s videos seek to mirror the stark emptiness and alienation that drives ‘The Night’, before coming to a more alive reality for ‘The Night, Pt. 2’. Watch ‘The Night‘ and ‘The Night (Part 2)‘ now.

“P.R. sent a treatment that stopped me in my tracks,” Wade offers. “He seemed to crawl into the two songs, just ingested them in all the shattered bits – and wrote this interconnected treatment that traced not just a mental breakdown, but how fragile maintaining one’s equilibrium even when you’ve been figured out the meds or the reasons or whatever else you need to stay sane. He’s worked with everyone. The fact that he wanted to work with me was amazing, but what he sent us about how saw and wanted to capture the song, it was shocking how completely he understood the things I was writing about.”

“As a director I am drawn to people who have something to say and feel what they present as an artist,” says Brown. “When I first heard The Night 1 and 2 from Morgan, I was captivated by the raw honesty she was singing about. When we started coming up with the concepts for the two videos, I knew that it had to be about her journey, what she went through and how she got to where she is now. Life is abstract and each person has their own path that they take along the way.

“These videos are symbolic impressions of the path Morgan has traveled. I spent four nights by myself wandering downtown NYC to capture life as it unfolded. The whole time I was thinking about how Morgan had been to the same places and what she was going through. After capturing that footage we found a way to tell her story without being so specific that others could not relate. I am so proud of what we created together and Morgan’s willingness to relive some of her journey through her stunning performance.”

Morgan Wade has had a phenomenal touring schedule in 2022, after proving a sensation at C2C Festival in the UK and Ireland, Wade returned for an extended sold out European tour that included Amsterdam, Spain, Belfast, Glasgow, Manchester, the Isle of Wight festival, plus three nights in London: a double at The Garage and a BST Hyde Park performance.

In the US she has toured with the likes of Luke Combs, Chris Stapleton, Brooks & Dunn, turnpike Troubadours, and more, Wade will embark on her headlining NO SIGNS OF SLOWING DOWN TOUR in early 2023. Already selling out 25 of the run’s 38 performances, Wade added seven new dates and moved eight shows to larger venues to meet ravenous fan demand. She is hard at work on the follow-up to the massively acclaimed Reckless, with new music expected soon.