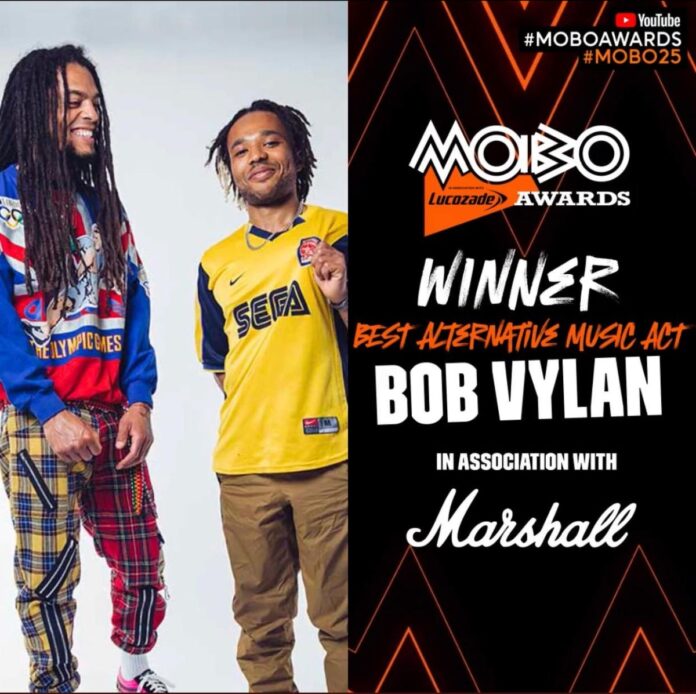 The duo released their 2nd album ‘Best Album‘ ‘Bob Vylan Presents: The Price Of Life’ earlier this year, a self produced and self mixed (in vocalists Bobby’s bedroom) 100% independently released album that crashed into the UK album charts at number 18 – a first in history.

The single is a collaboration between BOB VYLAN and Laurie Vincent of Slaves, who produced it. With some additional production and mixed by Jolyon Thomas (Royal Blood, Kendrick Lamar) and Mastered by Kevin Tuffy (Alfie Templeman, Koffee, Sugababes).

Live wise – After finishing their first US tour supporting Amyl & The Sniffers, the band played their first ever US headline shows in LA and San Fransisco on the 10th and 14th of October, before returning to the UK for a string of Nov/Dec UK dates including a sold out Electric Ballroom on the 3rd of December, this coming Saturday.

These shows follow on from a year that has already seen the band play 2000trees Festival, Glastonbury Festival (where they were also captured by the BBC which you can watch – HERE), supported Amyl &The Sniffers at Brixton Academy, played a sold out album release UK tour and more.