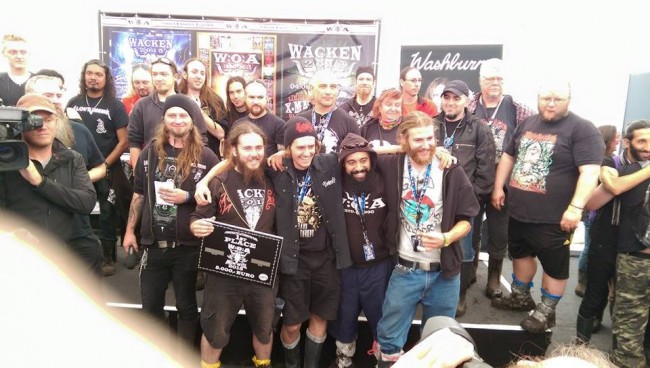 Wacken Metal Battle Canada is proud to announce that this year’s international champions are Canada’s best! VESPERIA have been crowned the 2015 international champions of 11th annual Wacken Metal Battle during the world’s largest metal festival Wacken Open Air (July 30 – Aug 1) in Wacken Germany, which has an attendance of over 80,000 people. VESPERIA beat out 30 other competing countries (full list here) to win over international judges and fans. Plus it also marks out of the last 3 years Canada has participated in the competition, they have taken 1st place with Crimson Shadows winning in 2013.

“We are extremely excited to accept the title of the 2015 international Wacken battle champions. There have been many ups and downs on this trip so far, but we have encountered so many amazing people, bands, press and organizers. Thank you SO MUCH for making this happen for us!” comments bassist/ vocalist Morgan Rider.

As 1st place winners, VESPERIA will receive the following:

For more info on Vesperia, please visit the following links: