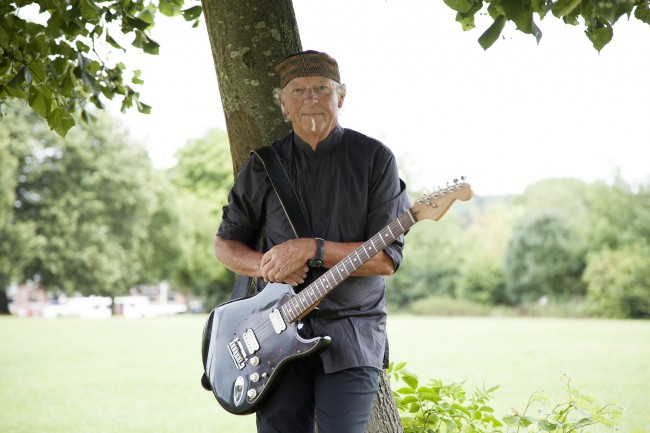 Martin Barre to release new album – and here’s the details

Jethro Tull guitarist Martin Barre has announced the release of his sixth and most important solo album to date.  Back To Steel celebrates the guitarist’s 50-year career with a return to his roots of steel strings and electric guitars and will be released on 18th September and will be available through www.martinbarre.com and iTunes and Amazon initially.

While paying tribute to Barre’s past, Back To Steelreveals his vision of the band’s future; it brings together all of his influences, including his undying love for early blues, and follows his evolution throughout an extraordinary half century that delivered his name to classic rock history.

The album features tracks Skating Away and Slow Marching band from the Jethro Tull repertoire, an affectionate salute to that important portion of Barre’s career and a thank you to the fans who have supported him over the last 42 years. Eleanor Rigby is also included as an homage to the week spent working with Paul McCartney. Continuing to share his lifetime memories and experiences, the guitarist gives us an insight on Birmingham’s 60s club scene with Smokestack and tells about his very first trip abroad in Calafel.

Barre says about Back to Steel: “This CD is my most important work in my career as a musician.  I feel that my songwriting has matured to a point that makes it totally accessible to all audiences.  I want this music to be the basis of everything I do from now on.   My criteria were, that It would work live in a powerful way and keep our identity as a blues/rock band.  As always I’ve put in small quotes of music that give light and shade to the album.”

Martin Barre is currently playing some dates in the UK and Europe and will be performing in the States for the first time in November and December.  The multi talented band sees Barre taking care of guitars,mandolin, bouzouki, banjo, flute and keys, with Dan Crisp on vocals, George Lindsay on drums and percussion, Alan Thomson on bass and vocals – catch his slide solo on ‘Without Me’ – and Alex Hart and Elani Andrea contributing on vocals and backing vocals.

A ‘Back to Steel’ tour is in the pipeline for 2016; if you can’t wait, here’s where you can catch Martin and his band this year for an evening of blues, rock and Tull, plus a few tracks from the new album: 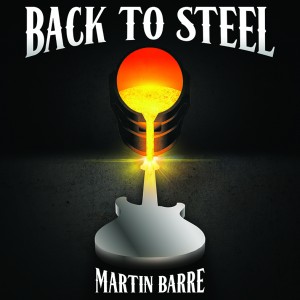 Back To Steel was recorded in Devon by James Bragg who was also the engineer on Away with Words and Order of Play, Barre’s last 2 solo albums.

Track list as follows  – all tracks music/lyrics by Martin Barre unless stated:

4.    Skating Away (Tull with arrangement MB)

Martin Barre’s love affair with music started in the 60s-playing saxophone, before being handpicked by Ian Anderson to take on guitar duties from Mick Abrahams in Jethro Tull.  43 years later, Martin is vastly recognised as one of the greatest influences in classic and prog rock. His guitar solo on Aqualung was voted 20th best ever in the UK and 25th in the USA. His sound and skills have been a major factor in Jethro Tull’s success and have attracted a long list of high profile collaborations, including Paul McCartney, Phil Collins, Gary Moore and Joe Bonamassa.