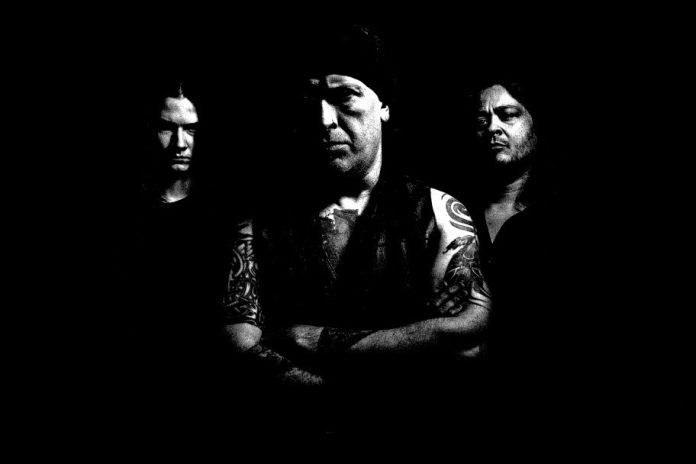 Crusty Death/Doom outfit VALLENFYRE will release its third album, “Fear Those Who Fear Him”, via Century Media Records on June 2nd, 2017.

Now, the band proudly presents the first single and video clip for this opus, Greg Mackintosh (vocals and guitar) comments: “’Kill All Your Masters’ is about the frustration and anger we feel towards the many people and regimes in positions of power, whether it be political, religious or corporate, inflicting crimes and injustices on an often docile and enslaved population, who in many ways seem happy to be told what to do by anything from ancient books to lifestyle magazines.”

Watch the video for “Kill All Your Masters” here:

“Fear Those Who Fear Him” will be released as Gatefold LP+CD on limited coloured and regular black 180 gram vinyl, as Special Edition Digipak (international version), Jewelcase CD (Canada, USA, Mexico only) and on all digital / streaming platforms.

For an exclusive album plus t-shirt bundle, head over to EMP (Germany): http://bit.ly/VallenfyreEMP

Recorded by the band’s new core line-up consisting of Greg Mackintosh (vocals and guitar), Hamish Glencross (guitar and bass) and Waltteri Väyrynen (drums), “Fear Those Who Fear Him” was once produced by Kurt Ballou (Converge, Nails,etc.) at GodCity Studio in Salem, MA and mastered by Brad Boatright (Obituary, Beastmilk, YOB) at Audiosiege Mastering in Portland, OR.

Previous article
A Pinch Of Salt
Next article
Review: Mastodon – Emperor of Sand (2017)