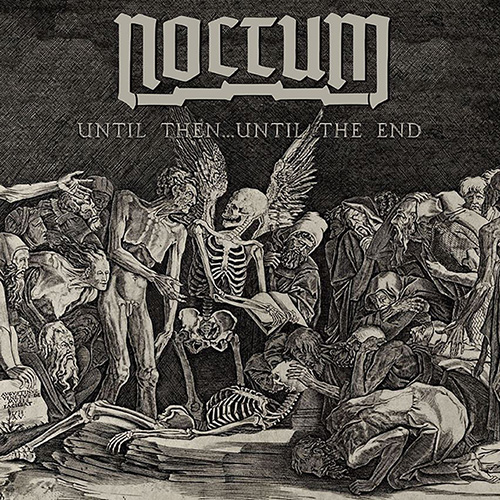 Summer tour with Steelwing in August/September!

The Swedish heavy/doom metal outfit NOCTUM has recorded two brand new songs for a 7″ release! The 7″ features the title track “Until Then…Until The End” on Side A and “In Precious Time” on Side B and is set for release the 7th of August in a limited run of 500 copies (300 x black/200 x white)!

Comments NOCTUM: “Until then…Until the end” is a brand new single and the first recording with our new guitar player, Christoffer Löfgren. This release will be a small, but important, step towards the next album which we’re writing at this very moment.”

Listen to a preview of the 7.  Pre-order your copies now at EMP!

NOCTUM will support STEELWING in August and September!

Two Swedish bands with a lot in common! Though their sonic ideals are firmly rooted in the past, they are exploring the future of underground metal through creative songwriting and unusual genre crossovers. Both bands are currently returning to the scene with new material after years of silence and are joining forces for a European tour in the fall of 2015.

Starting off in the United Kingdom and continuing on a campaign through continental Europe, these brothers in arms are psyched about finally hitting the road together to present a wide palette of heavy, doom, speed and thrash metal soaked in the sweat of do-it-yourself punk mentality.

Ears will bleed, heads will bang and fists will be raised triumphantly as a new metal movement dawns – where will you be?