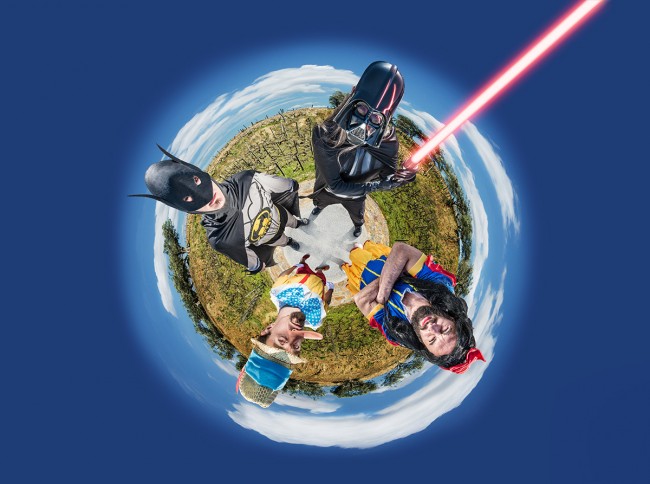 Not entirely serious Grind band releases their new one. Eeek.

The Mothership Rotten Roll Rex is proud to present a very special record from one of the most distinctive acts in the Grind/Death world. Hailing from Portugal, Serrabulho were crafted in 2010, and with just one album entitled “Ass Troubles” (which was released via Vomit Your Shirt & Rotten Roll Rex on 2013), they have become one of the most active bands in the scene and now they’re back with their sophomore album “Star Whores”.

Like a very personal interpretation of a classic movie, Star Whores teleports you into a paranormal galaxy, with thirteen planets made of happy grind, death metal, non sense and eccentric humorous tirades. A perfect waltz that will bring joy to every galactic ballroom. One can travel side by side with Pornocchio and Buttman, fighting the Dark side together. It won’t be easy in such a slippery Vaseline battleship, but with your hands firmly stuck  to the B.O.O.B.S. of the sexiest hot looking Snow White, who’s ganging up with the mighty Seven Dwarfs soldiers, there’s still a chance. You’ll fulfill a Happy Fornication and you can even write a diary about the Life of a Penis – just avoid any risks of Testicular Torsion. The soreness is more painful in space. 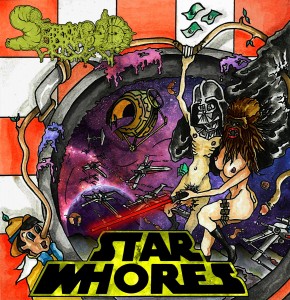