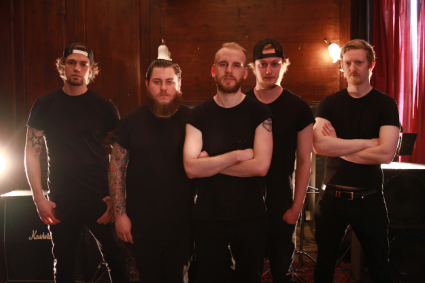 Bristol riff beasts ‘Koshiro’ throw down their breath-taking new EP ‘Crown Of Venom’ on Friday 25th September through all stores.

Spawned from the depths of Bristol and brought to life in 2010, Koshiro have always pushed the envelope, from their work ethic through to their artistic output. Bydrawing from a glut of musical influences from old guard luminaries to emerging contemporaries, Koshiro have distinctly etched their very own signature sound on proceedings, and the evidence is apparent on their eagerly awaited new EP ‘Crown Of Venom’.

With an EP, a handful of singles already under their belts, and an army of followers in tow, the band’s reputation and reach is certainly on the rise. The industrious unit are also no strangers to touring, and have extensively played throughout England, sharing stages with everyone from Feed the Rhino, TRC, Lower Than Atlantis, The Safety Fire, Blessthefall, Malefice, I, The Breather, and LIFERUINER.

This year, the band headed to the studio with long-time collaborator Kevin Peters from Anemic Studios to lay down cuts for their sophomore EP, and the results are awe-inspiring. Vocalist Ben Errington cites: “These new songs are both the most chaotic and the most heartfelt we’ve ever put together. There are tracks on this record that I never thought we’d be capable of; we really wanted these songs to capture our live sound perfectly but take it to the next level, really expand upon our grand ideas which have progressed from our past singles ‘Malevolent’ and ‘Guts Guilt Greed”.

The fivesome have produced a record that showcases the band’s ability to pair deadly heavy riffs with progressive rhythmic and melodic harmonies, drawing comparisons with everyone from modern metal behemoths Bring Me the Horizon, Of Mice & Men and Beartooth, through to heavyweights Deftones and Killswitch Engage. With blistering guitars and soaring vocals, this ambitious release is bigger and bolder than anything the band have previously released. The haunting and melodic soundscapes of ‘Green And Gold’ draw the listener in before the hammer blows of ‘King Of Snakes’ pound your ears into compliance with a flurry of venomous riffs and visceral vocal lines. ‘Necromancer’ continues to up the game for the Bristolians as it delivers the perfect concoction of metal fuelled riffage with engaging electronics wrapped around a killer refrain. The brutal attack of ‘Sleeper Cell’ and ‘Creation Theory’ further cements and illustrates just how the band have matured and embellished on their already formidable sound. Closer ‘Catharsis’ is the ideal track to end the EP as it explores the quintet’s affection for melody while still retaining the Koshiro’s trademark wrecking ball guitar work and colossally rhythmic backbone. The riff slingers will now tour the record throughout the Autumn with national recognition sure to follow. 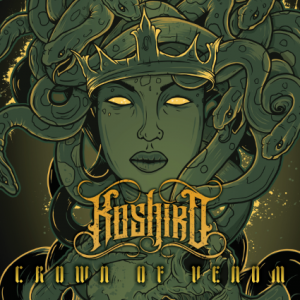