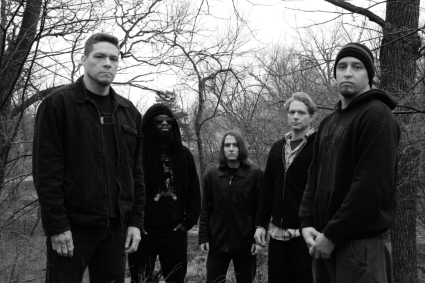 Blending a mirage of musical influences with a desire to create evocative music, Chicago’s KASTASYDE are set to unleash their third album Gnosis on June 2.  The band has produced an album that is the result of a decade of experimenting with different styles of metal, rock, and acoustic music coupled with touring and forging a dedicated fan base.Gnosis was mixed and tracked by Chris Wisco at Belle City Sound in Racine, Wisconsin.  Drum tracking was done by Pete Grossman at Bricktop Recording in Chicago.  The album features a guest guitar solo by THE BLACK DAHLIA MURDER guitarist Ryan Knight as well as lap steel guitar contributions by Justin Spring.

Featuring vocalist Jarrett Roberts, guitarists Eric Kornfeind and Jerome Marshall, bassist Dustin Roberts, and drummer Garry Naples (NOVEMBERS DOOM), KASTASYDE is a collaborative effort of diverse influences.  With new album Gnosis the band has taken ingredients from many different genres of music to create a cohesive and exciting recording.  Gnosis shows a band that is hungry to evolve their sound and defy categorization.  Groove, atmosphere, and style take precedence for KASTASYDE and Gnosis is their newest evidence of that.

Since their first demos in 2005, the band has released two full-length albums and an EP.  Gnosis shows further growth from those releases in songwriting, identity and overall sound.  Compared to diverse bands such as MASTODON and ACID BATH, along with more extreme acts such as NAPALM DEATH and MACHINE HEAD, KASTASYDE is ready to unveil a new chapter in their evolution.