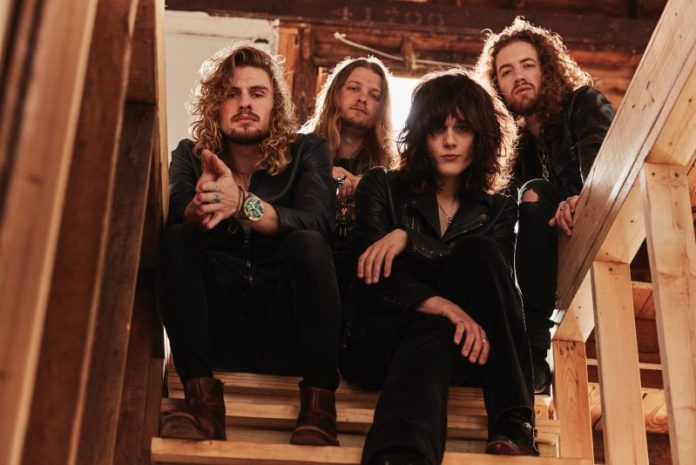 Directed by Erik Kaufmann, ‘Backfire’ is the second single to be taken from the Shakedown‘s revered self-titled album, out now on Snakefarm Records, following the fiery ‘Heartland’ single…

“‘Backfire’ is a straight-ahead rock ‘n’ roll jam, so we thought it needed a straight-ahead rock ‘n’ roll video,” says vocalist / guitaristTyler. “There’s no acting, no storyline, just rocking! We kicked around a ton of ideas playing off the lyrics of the song, but eventually we decided to do what we do best – plug in and play. We hope this video captures the kind of energy you’d experience at a Shakedown show.”

Check out the video for ‘Backfire’ here:- https://www.planetrock.com/news/rock-news/video-premiere-tyler-bryant-and-the-shakedown-backfire/

Tyler Bryant & The Shakedown have also been nominated in Planet Rock’s very own The Rocks. Spawned as a response to the Rock genre frequently being overlooked by the largest British music awards events, The Rocks looks to celebrate the greatest achievements in rock music, both in the UK and beyond. The band are up for two awards, nominated in the ‘Best International Album’ and ‘Best New Band’ categories. Voting is open to the public and closes at 14:00 on Monday February 19th. Click here to vote.

Having released their most recent studio album on November 3rd last year, TBSD are now looking ahead to March when they step out with Georgia natives Blackberry Smoke for a run of US dates, in addition to continuing their own headline ‘Ramblin’ Bones’ tour Stateside.

A full list of dates can be found below:

MAR 29 :: Knoxville, TN – The Concourse at the International

APR 21 :: Salina, KS – The Stiefel Theatre for the Performing Arts*

Tickets and VIP upgrades are available now from http://www.tylerbryantandtheshakedown.com/