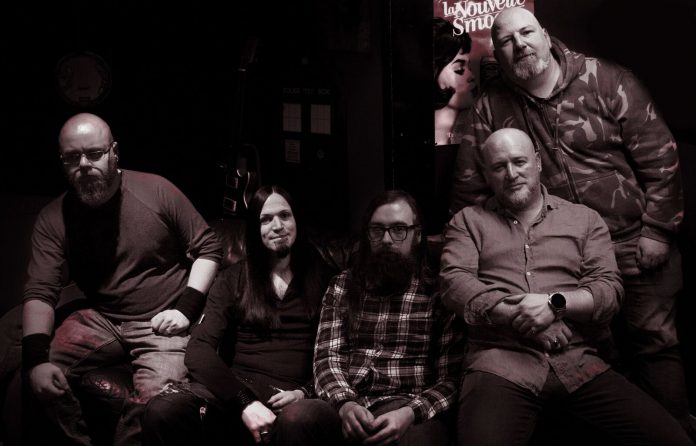 Eyes Of The Raven reveal the details for their new EP ‘Crown Of Serpents’ and music video!

The Dudley based stoner, groove metal five piece, Eyes Of The Raven, return with a storming EP.

Returning from a self imposed hiatus due to writing and integrating new members, the beer fueled collective known as Eyes of the Raven are now ready to unleash their latest EP. Combining influences from all 5 members, which range from classics such as Sabbath, all the way through to Swedish ‘Death & Roll’ masters Entombed.

The latest EP, Crown of Serpents was recorded, mixed and mastered by Ant Wall of Firestorm Productions. Whom the band also worked with on their previous release Seasons End, back in 2016.

As this EP is set for release in April 2018, the band have pushed themselves harder and further than ever before. Employing Dark North Media for not one, but two music videos. One for the title track, ‘Crown of Serpents’. The second for ‘I Endure’ which will be unveiled closer to the launch date.

‘Crown Of Serpents’ will be released on Monday 9th April 2018, the band will be playing a special EP launch show at The Giffard Arms, Wolverhampton on Saturday 7th April to celebrate.

“Crown of serpents, pushed us, challenged us, broke us and it fixed us. when you create a piece of music that inspires your own creative juices, you just know you have to push as hard as possible to get this music heard by everyone!” – Ross, Guitarist of Eyes Of The Raven