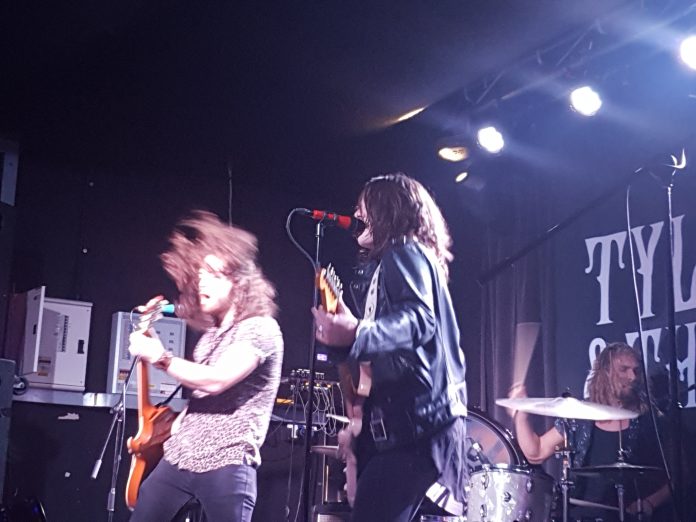 Back in the summer I was sat somewhere about where I am tonight watching a band taking the first steps on a different path. Wolf Jaw had done more than change name, it seemed to me, they’d refocused. Not so much changed fundamentals as tweaked what made them already very good. It was, I remember thinking at the time, the best I’d ever seen them. Now, those new tracks they’d played that night have been released as “The Heart Won’t Listen” record and, watching Wolf jaw tear through them tonight, rather underlines that this is a different animal. The same three fellas and they still kick off with “Thunder Child” from back when they were The Bad Flowers, but “Hear Me” and the even better “I Ain’t Ready” are absolutely perfect examples of the new stuff. The best probably, is “Piece Of Me” which is not only frontman Tom’s most personal work, but also gets a singalong going. Current single “The Fighter” and the thrilling “Beast” seem pumped with energy, but its “City Lights” that best sums this up. They’ve played this for years – it was on their debut EP – but they’ve added something to it. Something darker, heavier. And it has never sounded better. It is almost a metaphor for the whole thing. Wolf Jaw are just improving each time you see them. Best I’ve ever….well you get the picture. 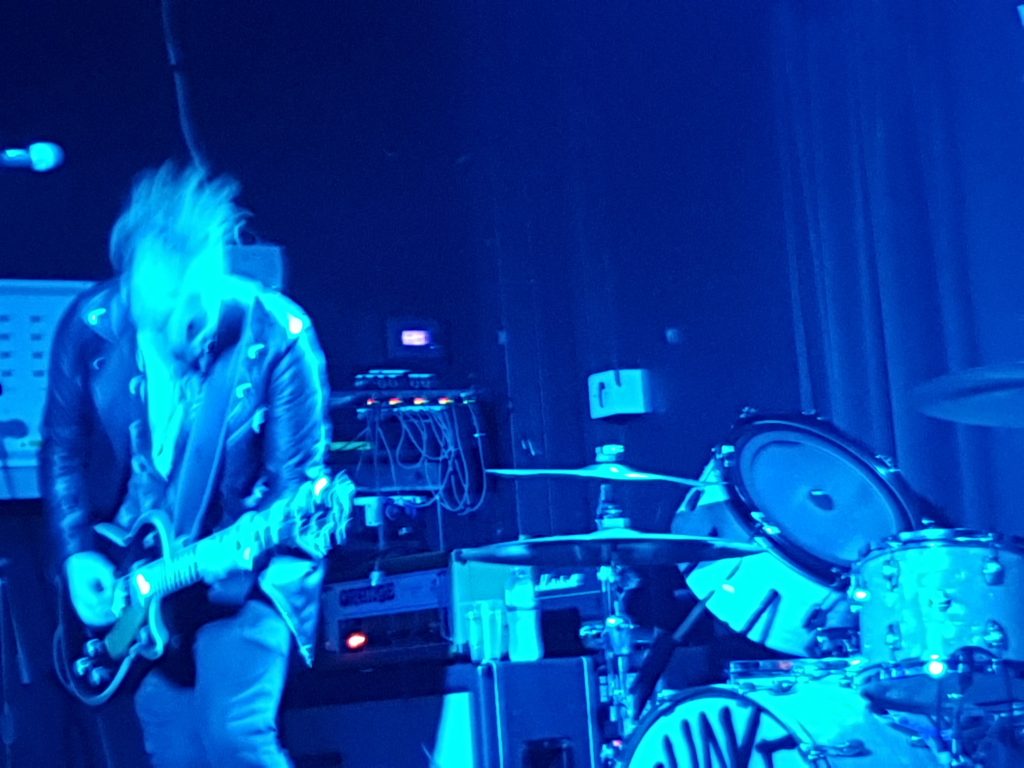 They are just about to play (although perhaps “attack” may be a better word for it?) Weak And Weeping” about halfway through their – note not his, this is not Tyler Bryant and some backing band, this is one of the finest bands there is  – TB shouts to the packed crowd: “We are gonna play some rock n roll for you…..”

Ok, so they’ve been playing it for 50 minutes so far – and delivering what amounts to a masterclass from the second the quartet arrived onstage in supremely revved up form with “Drive Me Mad” – but the man himself obviously doesn’t think it’s been enough.

Rewind to 9pm and the intro tape. The last line of which was this: “The truth will set you free….”

Now I know that TB & TS released an album in the summer called “Truth And Lies” but those words seem to represent more. The album itself, was a grower, but it represented (a little like I said about Wolf Jaw) a slight change, a touch of an alteration. And freed from expectations, for just over an hour and a half, everything is left on this stage.

All of the standout moments from “…..Lies” are here, not least of which the supreme “On To The Next” and the classic sounding “Trouble”.

Before he played the latter, Bryant said to the audience (and if its not sold out it must be close?)  that he “didn’t have a care in the world” and that showed in his performance. He’s always been energetic, tonight it seems ramped up even further.

Whilst, rightly, the set focuses on the new stuff there is a smattering from the early work. “House Of Fire” screeches, “Downtown Tonight” is great, “Aftershock” is the pick, while “Out There” slows it down for a moment of something gentle.

His own favourite moment from the new record “Couldn’t See The Fire” – more mid-paced than you’d expect TB’s fave to be – is a precursor for all hell to break loose. “Lipstick Wonder Woman” has always been a highlight at pretty much every show I’ve seen of theirs down the years and it is here too as extrovert drummer Caleb beats all kinds of crap out of one drum stage front as if he never understood what the others were for anyway.

The encore felt special. The crowd sings “Ramblin’ Bones” and it feels like the band have arrived, as it were. They are thousands of miles from their Tennessee home, but they’ve connected.

The reason? Well, maybe, just maybe Tyler Bryant And The Shakedown have finally understood that they have everything they need, like they’d sang in the bluesy “Ride” earlier in the night: “Some spend their whole lives, making plans. Tunnel vision, all you see is the end. But its passing you by.”

Tonight was a band enjoying every last moment of the here and now.