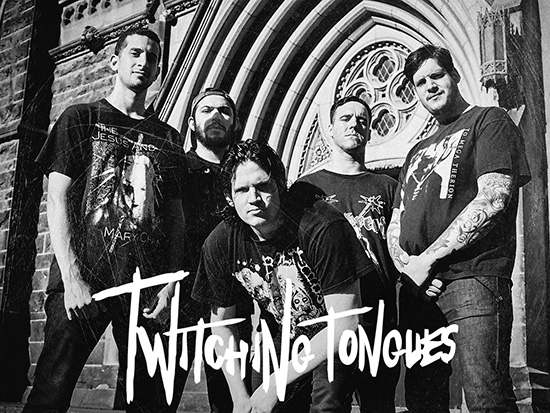 Twitching Tongues are currently working on their highly-anticipated third full-length album, which will serve as the follow up to 2013’s In Love There is No Law. The record will be tracked this May, and will be self-produced and recorded entirely at the band’s own LA studio, The Pit. The album is tentatively scheduled for a fall 2015 release date. New music, art, and additional details will be made available as they are completed.

Immediately following tracking, fans will see the band live on tour in Europe with Disgrace, as well as at Hellfest in France, and This Is Hardcore X in Philadelphia, PA in July.