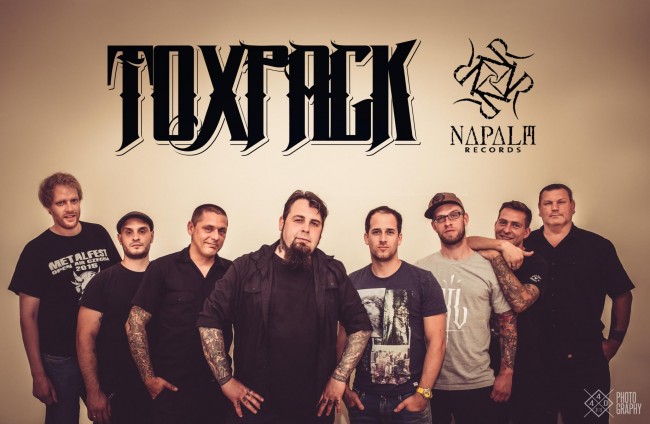 Heavy streetpunks back in battle

Hailing from the heart of Germany – Berlin – wrecking crew TOXPACK have announced a worldwide signing with Napalm Records. Featuring some of the heaviest Streetpunk/Streetcore in the world and already and with plenty of miles on their backs, TOXPACK is now ready to take the next step together with Napalm Records!

Founded in 2001 the band quickly found its path and stayed strongly focused with shows all over Europe, chart entries and intensive work on their music, releasing seven studio albums so far. Their latest albumFRISS (2014) entered the German mediacontrol album charts at #16!

TOXPACK on the singing with Napalm Records:
“2016 marks the 15th anniversary of TOXPACK! There’s definitely some heavy STREETCORE on the way on this highly promising journey! We’re totally stoked to have finally found a strong partner with Napalm Records, which absolutely marks a new milestone in the TOXPACK history!”

Wanna see them live on the road and see what TOXPACK is about?

Get your first impression here: