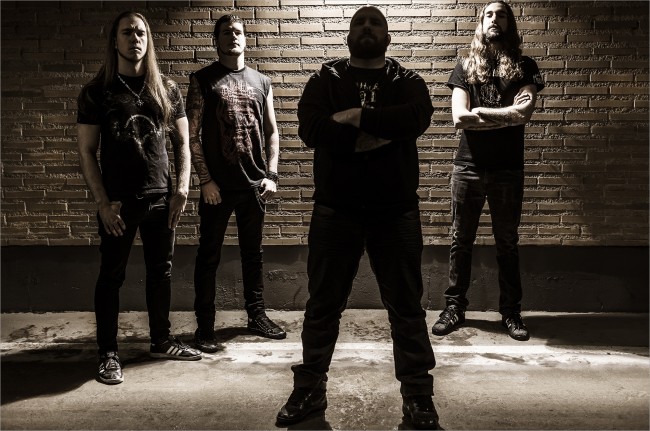 Tormention is a death metal band seated in Kalmar/Södertälje, Sweden.

Created in 2008 by Ämir Batar, Adam Andersson and Daniel Gustavsson. The two first years, Tormention was exploring the grounds, searching for completion both musically and adding the final band member Joakim Mikiver.
Rehearsals started and soon Tormention entered the studio at Blueflame Productions to record their EP “Soldier of the dead”.
Later that year they completed their first full-length album “Hunger For Flesh”.
The album was released in late 2012 and both critics and fans were happy about the arrival of fresh meat on the market.
Since then , they’ve been playing various festivals in Sweden and Europe and even did a short european tour in beginning 2012, supporting Demonical.

In the beginning of February 2014 they went back to Blueflame Productions and started the recording of the second full-lenght album , entitled “Chaotic Delusions” , which was released in march 2015, mixed and mastered by Sverker Widgren at Wing Studios in Stockholm, Sweden.