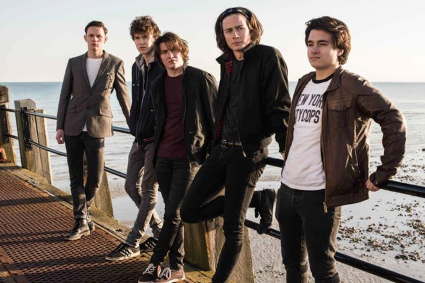 Taken from their debut EP, FlashFires release their new single ’31’ on 8th June.

This catchy uptempo number is a cracking anthem, bouncing along on a bed of guitars and melodies with a rather fab hooky chorus throw in for good measure.

Having received critical acclaim and good radio coverage including plays on BBC Introducing on their previous 2 singles, FlashFires are now looking to ‘31′ to kick things up a gear with Festival season fast approaching and gigs galore coming up.

The video for ’31’ is out now and showcases the lighter side of this bunch, with tongue firmly in cheek, they’ve channeled their inner Supergrass for this 3 minute romp around the coast and countryside!