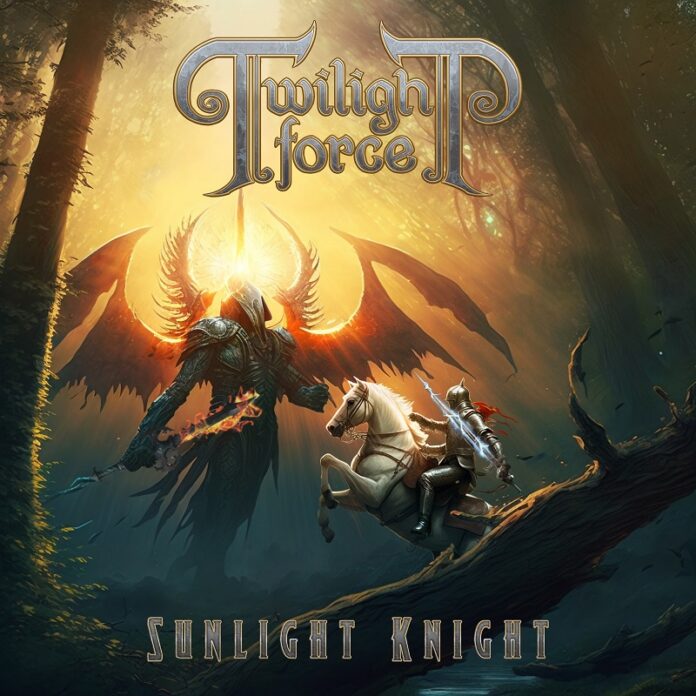 There’s little more than one month left until the release of TWILIGHT FORCE‘s new opus At the Heart of Wintervale. Today however, the Swedes hope to thrill their fans by releasing the second single from their upcoming long-player. ‘Sunlight Knight‘ is accompanied by an amazing pixel art, video game style video.

TWILIGHT FORCE comments:
“Knights! It is dangerous to go alone! Are you prepared to venture into the unknown together!?
Our second single from At the Heart of Wintervale is finally unleashed upon the mortal realms: ‘Sunlight Knight’
This is the tale of a valiant knight seeking fortune and triumph throughout the kingdom of Aloria. One day he happens upon a village hidden deep in the woods, where all light has been consumed and usurped by an ancient eldritch daemon. Our brave knight must hence journey into the daemon’s mystic realm to unbind the light, and free the villagers from the shackles of eternal darkness. Alas, the daemon appears indomitable at first. Our hero must set out again, to seek further skills and develop additional powers in order to return for the final battle… So, sharpen your swords, and witness the story as it unfolds in this sparkling nostalgic visualisation. The magnificent art and video created by KillingArtworks.”

Pre-order and pre-save the upcoming album At the Heart of Wintervale here: https://twilightforce.bfan.link/at-the-heart-of-wintervale.a01

At the Heart of Wintervale will consist of 8 captivating tales from far and wide. The songs are all stories and legends from the Twilight Kingdoms, gathered over years of meticulous research, and will further explore and delve into the vast and magical world of its realms.

At the Heart of Wintervale will be released va CD, digibook, and vinyl. The limited digibook edition will also include three bonus tracks. The first one is a song which many of TWILIGHT FORCE‘sloyal knights may somewhat recognise; it is an acoustic blend of some older works, featuring an entrancing vocal performance and guitar work by TWILIGHT FORCE‘s very own wood elf Aerendir. The second and third bonus tracks are orchestral versions of two songs from the album, where fans will have the opportunity to experience a different soundscape, and perhaps discover new exciting elements and intricacies never discerned before.

The 20th of January 2023 is not only a special day because of the release of At the Heart of Wintervale, but also because TWILIGHT FORCE‘s Winter Wonder Tour kicks off, set to take the Swedes to 19 different cities across Europe.