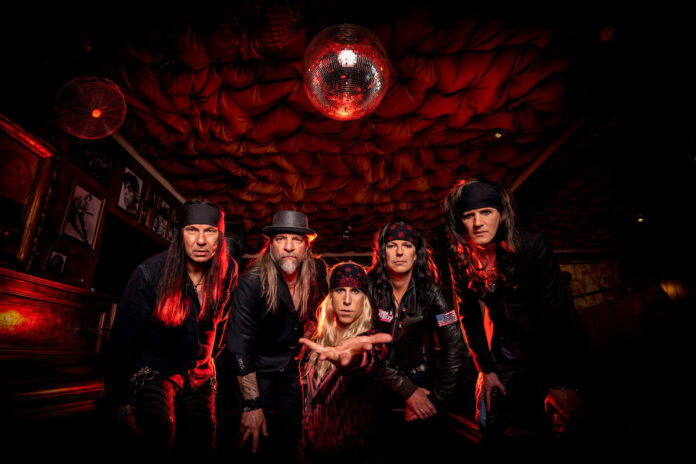 Remember 80-something — we never seemed to miss a thing” – these first lines of John Diva‘s latest song “Back In The Days” are a perfect summary of what this band stands for: Spandex pants, juvenile folly, a love for partying, and a Walkman with a fresh set of batteries. John Diva & The Rockets Of Love are bringing back carefree 80s vibes, yet manage to make them sound brand new.

With their debut album “Mama Said Rock Is Dead”, the group stormed to No. 24 on the album charts in 2019. On its successor, “American Amadeus”, the five U.S. Germans explored the boundaries of Glam Metal and also scored a major chart success. Sold-out tours, extravagant video clips, appearances at Wacken and well beyond: the brightly colored pirate ship that is John Diva & The Rockets Of Love has set sail to a nostalgic world of tan lines, Aviator glasses, and 80s Rock. The same goes for their third album “The Big Easy” (out March 17, 2023, via Steamhammer/SPV), which marks the five rockers‘ return.

The name of the record says it all: “We wanted to record an album that sounds like Cherry Cola,” guitarist Snake Rocket explains the process of creating “The Big Easy”. “Also, we put great emphasis on the fact that the record is intended as an album and doesn‘t sound as if we jammed together an intro and eleven random songs. The record works in that order precisely.” It only took six months from initial song idea to finished album. Never has John Diva & The Rockets Of Love sounded more like a unit – never has the group oozed so much joy and California sunshine from every pore.

John Diva & The Rockets Of Love are synonymous with wild parties, passionate live shows, but also liberal messages in their lyrics. Bullshit? Not at all. In their lyrics, the five musicians clearly reject the sexism that is so common in their genre, for example in songs like “Boys Don’t Play With Dolls”: “In our music, everyone is welcome and appreciated,” frontman John Diva emphasizes. Right on. Because isn‘t carefreeness exactly what we all need right now.

Previous article
RIDIN’ OUT
Next article
TONIGHT’S THE KNIGHT