TOBY OR NOT TO BE 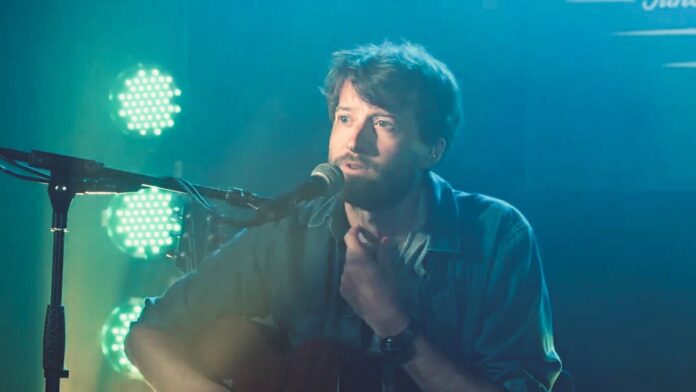 Canada born but UK raised singer-songwriter Toby Uffindell-Phillips cut his teeth in the ’00s with acoustic electronica group Sound Sanctuary and then as frontman of eclectic indie pop band Burning Shapes in the early 2010’s. The Kent-based musician subsequently began writing songs in his home studio that would form the backbone of a new solo project – Summit Of The Big Low.

Occasionally, he would post songs online for airplay or review, with positive feedback from the likes of BBC Introducing’s Abbie McCarthy and Tom Robinson’s Fresh On The Net offering an indication that they were resonating with listeners.

Toby began bringing new and familiar faces to his studio to add guitar and harmony parts, but it was a decision to offer production duties to previous Sound Sanctuary collaborators Bombay Monkey that had the biggest impact on his music. Toby’s intimate and by now mature acoustic songwriting style aligned perfectly with Bombay’s atmospheric electronic treatments, allowing all the constituent parts to fall naturally into place.

A selection of these songs were posted online during the 2020-21 lockdowns, while Summit Of The Big Low also found new ears via a series of online performances dubbed the ‘Cabin Fever Sessions’ as well as select appearances at local festivals.

The release of forthcoming debut album ‘Thin Air’ marks the start of a new chapter for Toby. “We’ve all been hunkered down for so long now and I think the time is right to come out of hiding,” he sighs. “I’m looking forward to getting out there and sharing the culmination of many years of creativity with everyone. An LP is the greatest excuse to venture out and play to real people in real spaces.”

The album is preceded by its title track, available from today as a single and for which an award winning 360° video has been created. Depicting an intimate glimpse into a relationship at a crucial turning point, it won three Remi awards at the WorldFest-Houston International Film Festival in Texas, in the New Artist, Performance Arts Film and Live Action Experimental Film categories. Having already been selected for the Aesthetica Short Film festival, it is also currently screening at the Plymouth Market Hall Dome, Europe’s first planetarium style cinema space made specifically for viewing 360° shows. Tickets can be booked at:
realideas.org/event/northern-lights-dome-experience-and-short-films

The video was created as a collaborative multi-discipline experiment between Summit Of The Big Low, production company Khaki Films and movement storytellers No-One’s Watching, with the intention of utilising the languages of music and movement to explore the potential of storytelling in 360° and to embrace the immersive experience.

Previous article
ROSEANNE HALLUCINATES
Next article
NOTHING ON DAYTIME TV