Fueled by energetic, youthful enthusiasm and a pure desire to Thrash like maniacs, EXCIMER perfectly meld the U.S. and Teutonic styles, overlaying that with vicious Death Thrash style vocals to satiate even the hungriest of Thrash fiends! 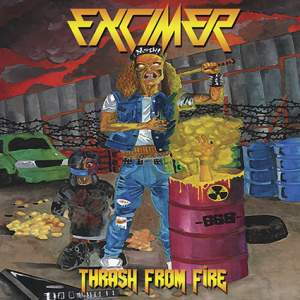