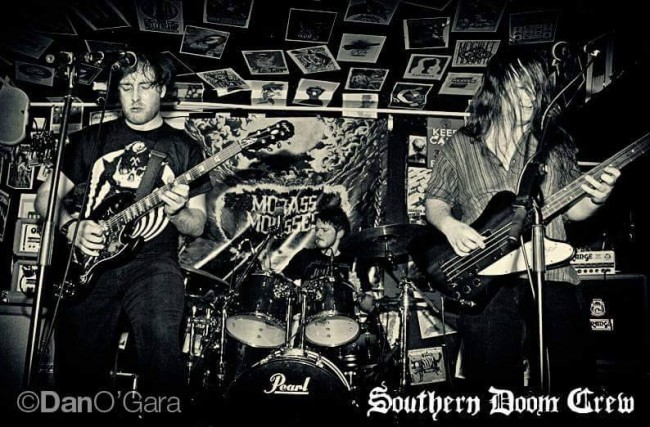 Get on board. These boys are great!

The South West mob are a serious band with a fun outlook on music, the lyrics tell stories of invasions, time travel, space and cult horror, the riffs are grandiose and the drums are pounding.

Cybernetic Witch Cult were formed in the winter of 2013 in the middle of Cornwall. Three friends wanting to make some music that anyone could enjoy.

After an early lineup change, Alex Wyld, Kale Deane and Liam Stocks became the driving force behind the band.

The debut album ‘Morlock Rock’ is due to be released on 17th July, featuring 8 songs recorded at two studio locations in the South West. The band are planning on extensive gigging to promote the album and are happy to perform anywhere for fuel money and beer. Live shows consist of energetic performances with a projector screen setting the scenes for some of the lyrical content, any fans of Sci-fi & horror will love the musical atmospheres created at each show.

The band are always experimenting with new sounds and ideas, promising that no two performances will be the same!!

Check them out here: http://www.cyberneticwitchcult.com/