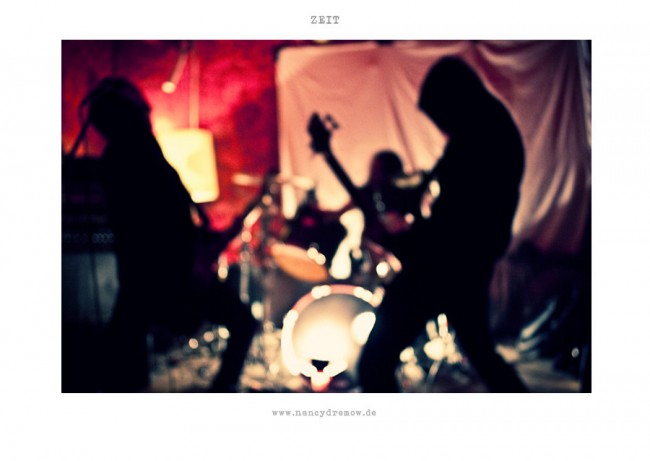 Founded in 2010 ZEIT started as a two-piece project of Fur (guitar, vocals) and Win (drums) with the aim to create their very own sound of black metal without being bound to the limits of this genre.

With this in mind and a lyrical concept of urban solitude, the first self-titled EP was released in 2013. Later that year Flakmann (bass) was added to the line-up and the second EP “Sturm” was released at the end of 2013.

Due to the very wide musical influences of all three band members the music of ZEIT varies between different genres with an open minded approach to musical creation and self expression. With “Trümmer” (engl. debris) the three-piece band has released its third EP which was self-produced and recorded in a live setting.

ZEIT reaches out to create music in the vein of black metal, which means to be free, to express the own feelings and not to care about any conventions.