Welcome to the post apocalyptic world
The incredible new video for single release ‘Heterodox’from technical progressive metal quartet CAMBION was released last week.
The video was unveiled exclusively with Terrorizer, after the single was play-listed on both BBC Introducing and Amazing Radio earlier this week.
Watch the video for ‘Heterodox’ here: http://www.terrorizer.com/news/cambion-release-video-for-heterodox/
For fans of Meshuggah and Fear Factory, CAMBION infuse technical metal with aggressive vocals, a delicious combination to all heavy metal followers. Their new single ‘Heterodox’ is the next single to be taken from the bands re-issued version of their debut EP ‘Virus’ released earlier this year. 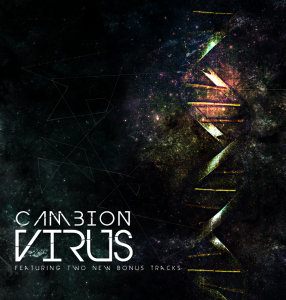 CAMBION have been lucky enough to play Bloodstock Open Air twice, including a slot on the Sophie Lancaster Stage in 2014, as well as appearances at UK Tech Metal Fest and Euroblast. This is where the band love to be, on stage where their outstanding musicianship is showcased.