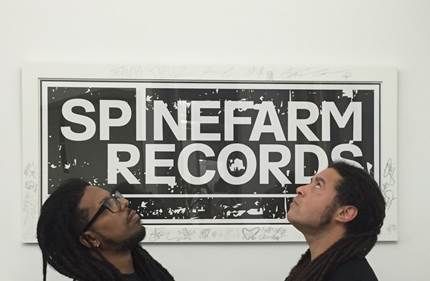 New label and shows with Fozzy

Spinefarm Records is pleased to announce the addition of Nonpoint to the label’s worldwide roster. The US band will enter the studio to work on its label debut and ninth full-length album in early 2016.

From their 2000 debut Statement through to 2014’s The Return, Nonpoint have stayed the course, continuously crafting smart rock anthems with the kind of hooks that take up residence in the brain for days. The band is a staple performer at all the core US festivals, such as Rock on the Range, Carolina Rebellion and Rocklahoma, and has enjoyed several Top 20 rock radio singles. Nonpoint’s 2014 single “Breaking Skin” was the most played track of the year on SiriusXM’s Octane channel.

Of the signing, Nonpoint frontman Elias Soriano says, “In the 15 years of being part of this big machine, filled with radio stations, labels and all-around crazies, it feels nice to sit down and talk about the future of your lifelong dream with a team that shares the passion and excitement that we do performing the music. Spinefarm is home now. Hallelujah.”

Nonpoint will be on tour with Fozzy across the UK/Europe before entering the studio. Full UK dates below:-