The Visual Guide To Berlin 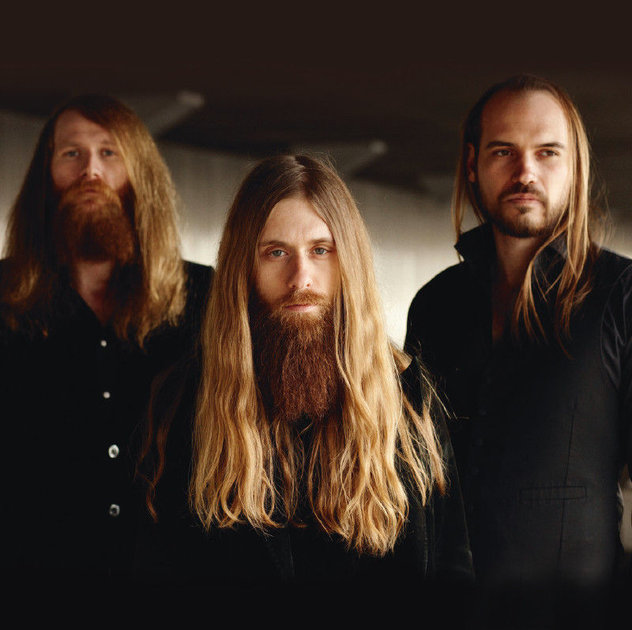 After excessively touring with their recent album Berlin in 2015, KADAVAR have cooked up a new and exciting project for 2016. Together with long-time friend and collaborator Nathini van der Meer , who has created artwork and videos for them in the past, they are working on their first ‘Visual Album’- 12 short films accompanying each of the Berlin’s tracks, to be released once a month throughout the entirety of the year.

The first video, ‘Pale Blue Eyes’, premiered yesterday and can be seen on YouTube here:

Lupus Lindemann wrote the song ‘Pale Blue Eyes’ when KADAVAR visited the Salton Sea on their first trip through the United States, playing the stage of the infamous “Range” at the Slab City Prom 2013. Slab City or “The Slabs” is a snowbird campsite in the Californian Sonora Desert 156 miles northeast of San Diego, where RV-people, outlaws and squatters from across North America formed a wild and lawless “city” from debris around the famous and colorful Salvation Mountain built by Leonard Knight in the 1980s.

There are no rules in the slabs (besides “Don’t be an asshole”) and during one of those memorable Slab City nights, the KADAVAR guys found themselves dancing around the fire alongside this wild desert bunch, dressed in discarded ball-gowns, and watching the sunrise from atop the salvation mountain. This song, an ode about “a mysterious lady with pale blue eyes”, is actually about cross-dressing drummer Tiger in his purple dress, looking so fine.

For the first video release of this visual album, Nathini van der Meer traveled back into the desert to find a real Slab City original – Mopard the Wizard of East Jesus – whom she followed on one of his walks through the desert.

Drummer Tiger commented: “About ten years ago, when we – independently of one another – moved to Berlin, we just wanted to break free from home and do something new. I thought it was comfortable, to blend in and just live from day to day. A lot of very long nights and so many completely different people at one place. Where there are opposites you can always ground yourself. We’re all different, come from different places but have managed to create something together we all like. I think the Berlin lifestyle has influenced our band very much and therefore fits perfectly as the album’s title.”