THE SPIRIT OF METAL 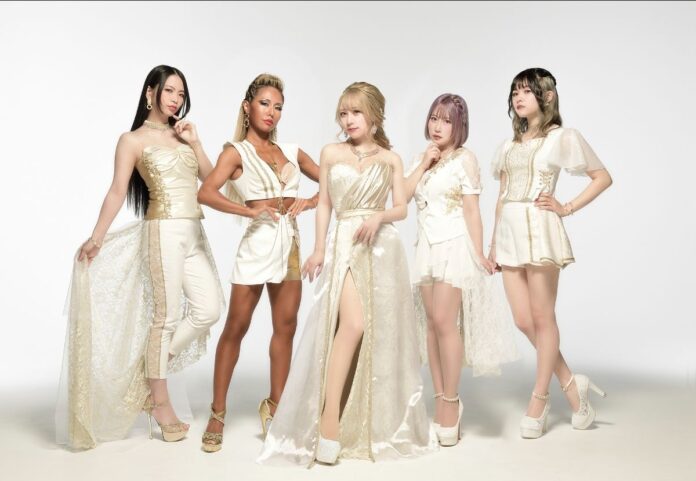 LOVEBITES, one of Japan’s most important names in heavy metal, return from hiatus with a new member and their new single ‘The Spirit Lives On’. The track is the second to be taken from their fourth studio album, Judgement Day, due for release 24th February 2023 via JPU Records.

Listen to ‘The Spirit Lives On’ HERE.
Watch the music video to ‘Judgement Day’ HERE.

Judgement Day, the fittingly titled album will be the first to feature the band’s new line-up, which now includes bassist Fami, who was selected after an audition process and is just 20 years of age. The fast, melodic and heavy metal sound that LOVEBITES has excelled at since their debut is still burning strong, but has been sublimated further.

Newcomer Fami also brings an added charm to the quintet, including her signature slap technique. The album contains ten completely new songs, mixed and mastered by Finnish masterminds Mikko Karmila and Mika Jussila, who have worked on all of the band’s studio albums.

The cover art for the album features a wolf, an incarnation of the band that has appeared on all of LOVEBITES‘ previous albums. This time, as the title suggests, the wolf clutches scales that weigh good and evil within its jaws, and is captured sprinting between the sun and the moon. Further meaning from the cover art can be discovered in the title track’s music video, and further details will likely be revealed in the future too.

The album will be released digitally worldwide on 22nd February 2023, and released on CD from JPU Records from 24th February 2023. A video on demand and CD bundle is also available directly from JPU Records’ website. It features a documentary of the bassist auditions which includes interviews with the members of the band, as well as Fami while she was still one of the finalists – all with English subtitles. It also includes four studio sessions; ‘The Hammer of Wrath’, ‘Golden Destination’ and ‘Shadowmaker’ from the audition finals, and ‘Bravehearted’, the first session with Fami as an official member of LOVEBITES. There is also a third edition that includes the CD, the video on demand content and a Judgement Day T-shirt. Additionally, 50 orders of this latter bundle will randomly receive a sleeve case that has been signed by the members of the band.

Previous article
UNIFYING FORCE
Next article
ON THE FRONT FOOT